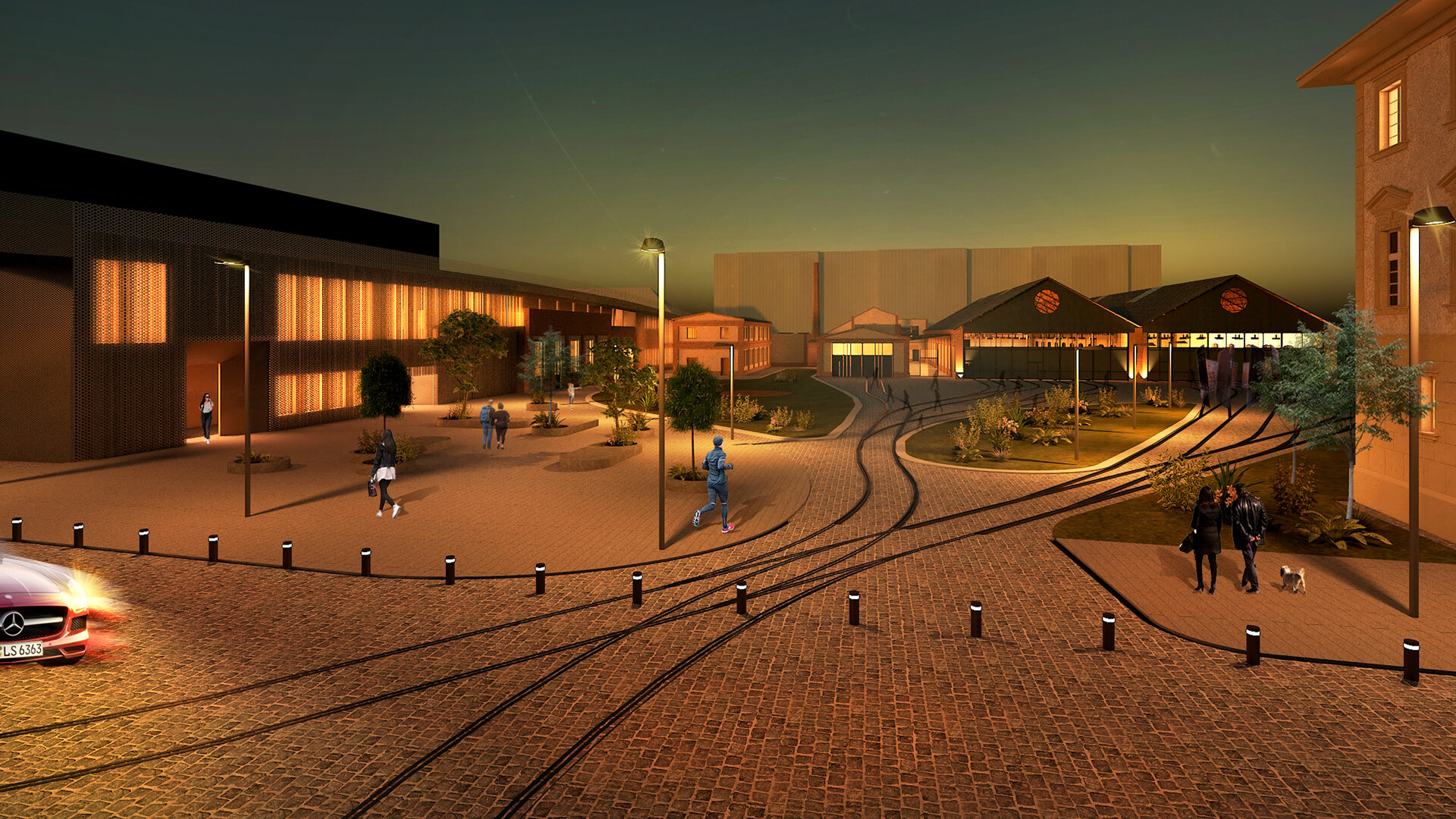 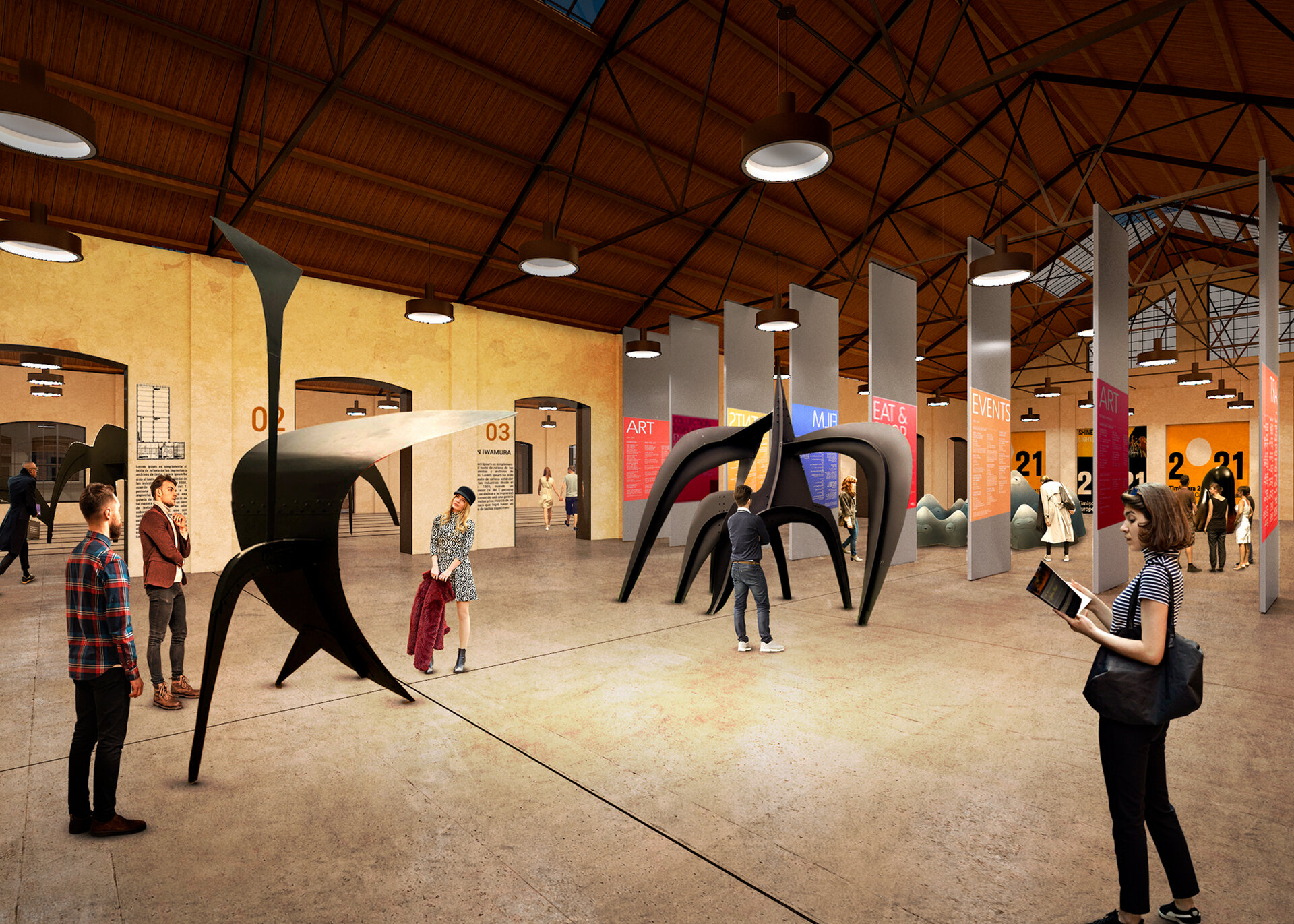 The first visible sign of the place, the tram rails, deeply imprints the site, streaks its surfaces, dictates its flows, the flow inwards. I am a first and very strong element of identity. There are traces of the passage but also a symbol of weaving together the places of the city, then connected in the heart of this vast circulatory system.

The site of the future museum has the privilege of being precisely this nucleus which, now revitalized, can give a new breath to the whole city.

I felt first of all the need to bring together the two fragments of this core, their connection being now made more difficult by the passage of the wide and intensely circulated boulevard. The fences go down, the courtyards open to curious steps and accommodate those waiting for the bus, the trees come to shade the sidewalk, the textures of the cubic stone and granite pavement cover the street to visually give the image of a single body but also a different public space.

However, the speeding of the cars, even softened by the pavement, prevents the movement between the two areas. The presence of a bridge came as a natural response. Maybe an inhabited bridge, as Heidegger shows us, a bridge that is a place in itself. I imagined a bridge in the spirit of the famous New York High Line, a green promenade that shows you the city from above.

The protected space that is formed under this bridge has been transformed into useful spaces, necessary for hosting some of the functions proposed by the theme. We welcomed some interventions on the future building of the parking lot, to which the body of the walkway is intimately connected: the inevitable remodeling of the facade, a decrease in height by one floor and an underground descent, the restaurant now occupying another space, on the ground floor, where can enjoy the garden and an easy connection with the rest of the spaces.

Interventions on existing buildings are minor, meant to restore the qualities of the original architecture. However, out of the need to allocate the most suitable spaces to the required functions, we decided to transform into interior space the long and narrow place defined by the body of the two main buildings (C2 - former repair shops and C5 - painting). The result is a generous reception space, which connects the major rooms of the ensemble.

The strong image of the volume that housed the repair shops (body C2) attracted by itself the main function of the museum, the exhibition halls. The rails still present and the metal structure that supported the mobile cranes are valuable elements that we propose to be integrated in the arrangement of the exhibition halls. Also, the particular features of the immersive space required a new volume, more elongated vertically, able to accommodate a different range of spatial experiences.

The arrangement of the courtyards involved bringing to light the existing lines of force on the ground. The conformation of the rails dictated, in the places of overlap, the narrow and dynamic paths, which slide between green and shady islands, a beautiful visual metaphor of a delta. And in the opening and separation areas they gave the opportunity to appear small squares, ideal for stopping, discussions in small groups or larger events such as shows or urban festivals.

Between the buildings, the mineral pavement becomes the floor of an exterior room that will receive the creative activities of those hosted in the neighboring workshops. The backyard offers an intimate and more relaxed corner. Like the great Parisian gardens, here reveals another kind of soil, sandier, softer to the touch, which receives traces of footsteps and naive designs. The corner is held by tall grasses and plants that cover the massive fence, raised perhaps on a small mound that produces an event in the landscape. Small penetrations in the fence reveal the beauty of the neighboring courtyards and also invite a visit to the folds of this dense place.

A few curious steps further will show an opening to the alley of the neighboring blocks, so that later the visitor will be brought to the shore, neglected so far, of Bega. 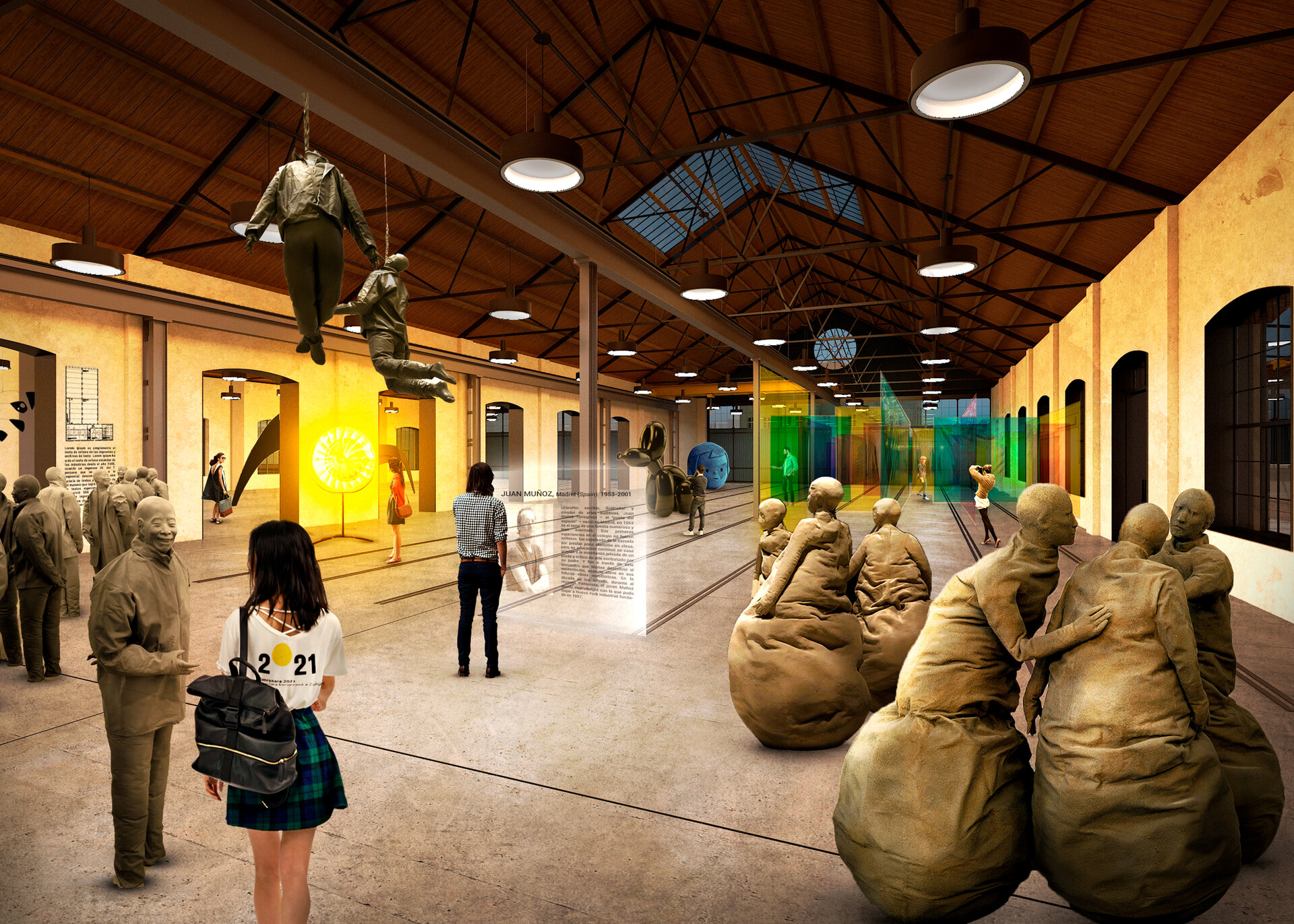 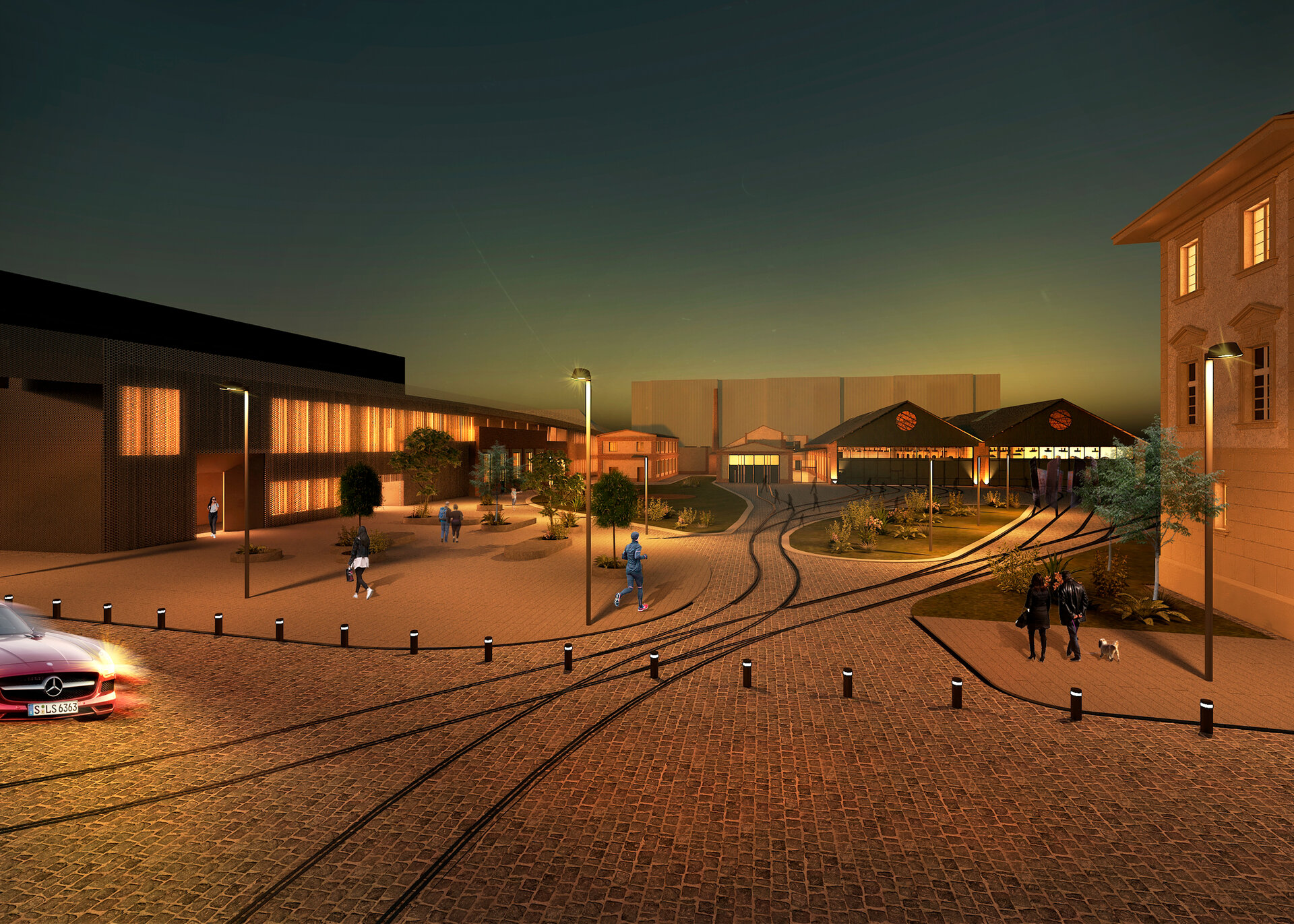 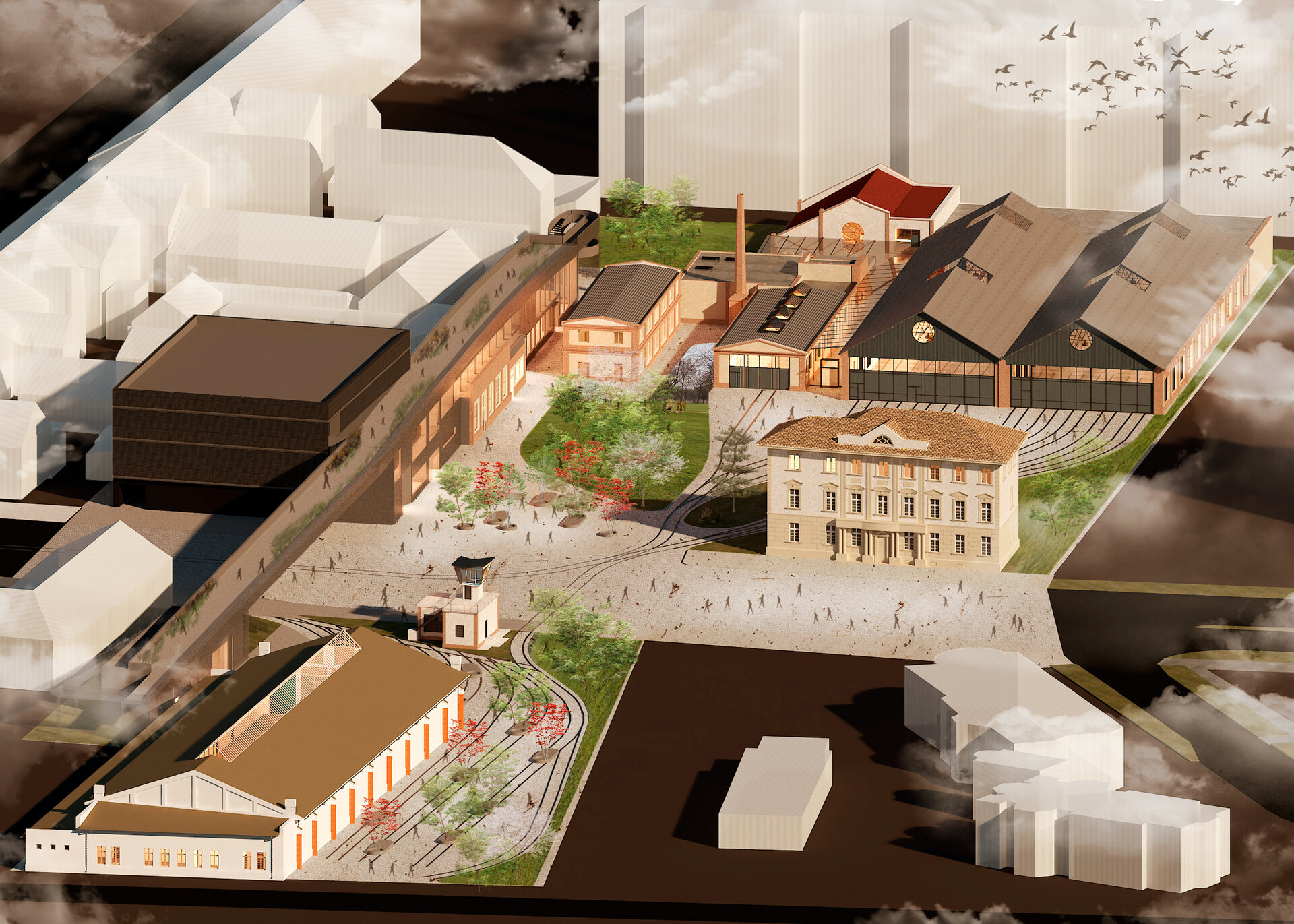 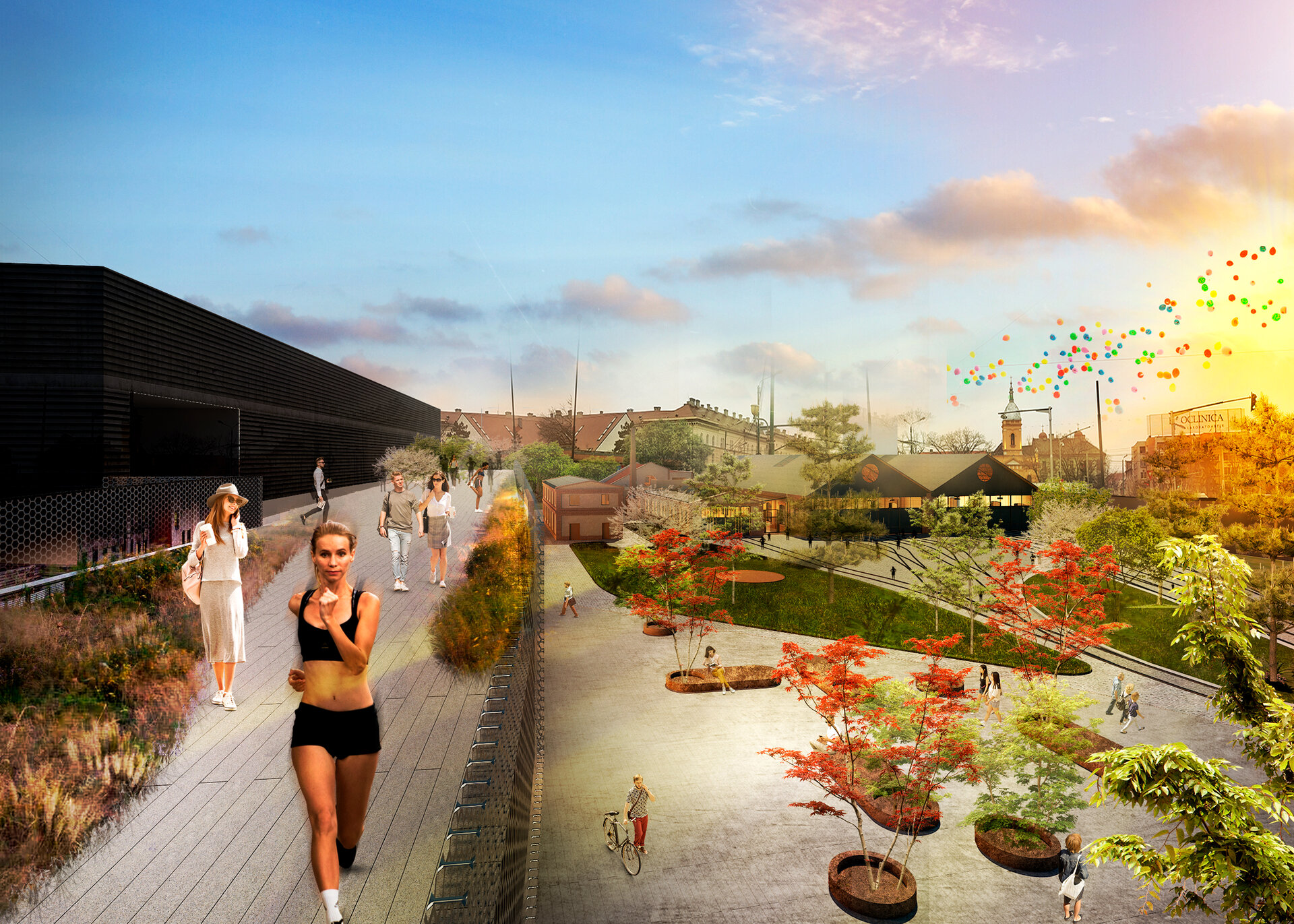 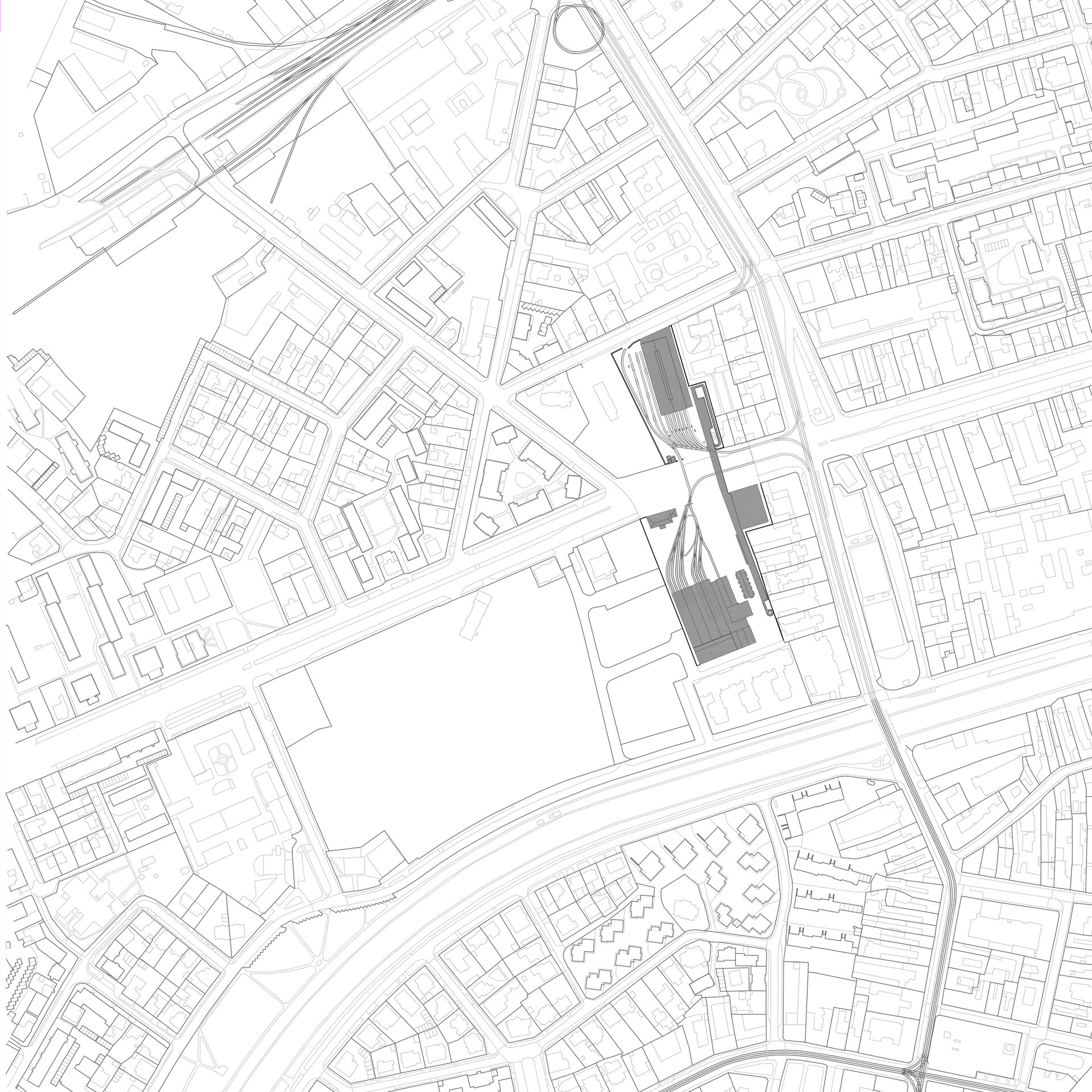 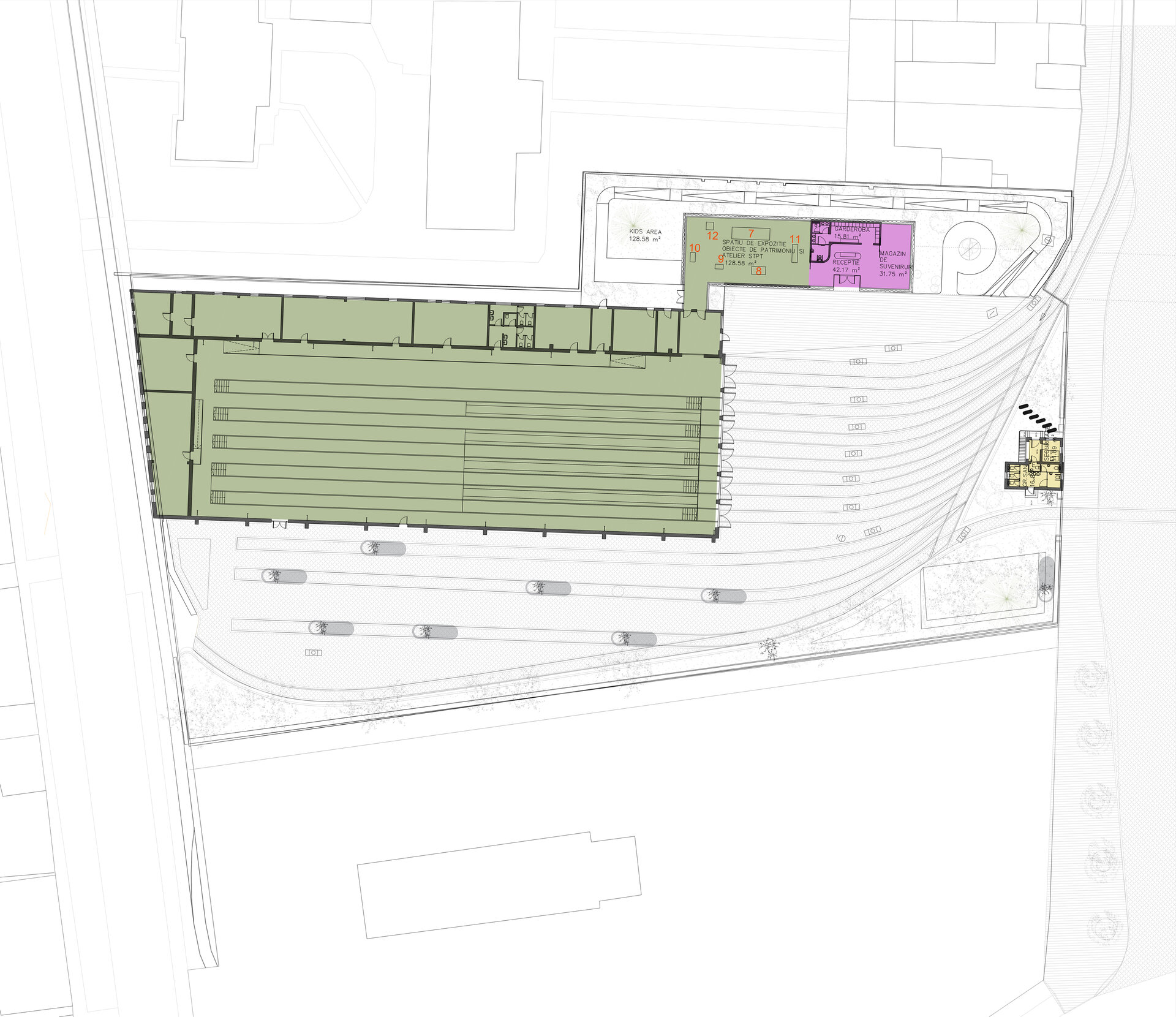 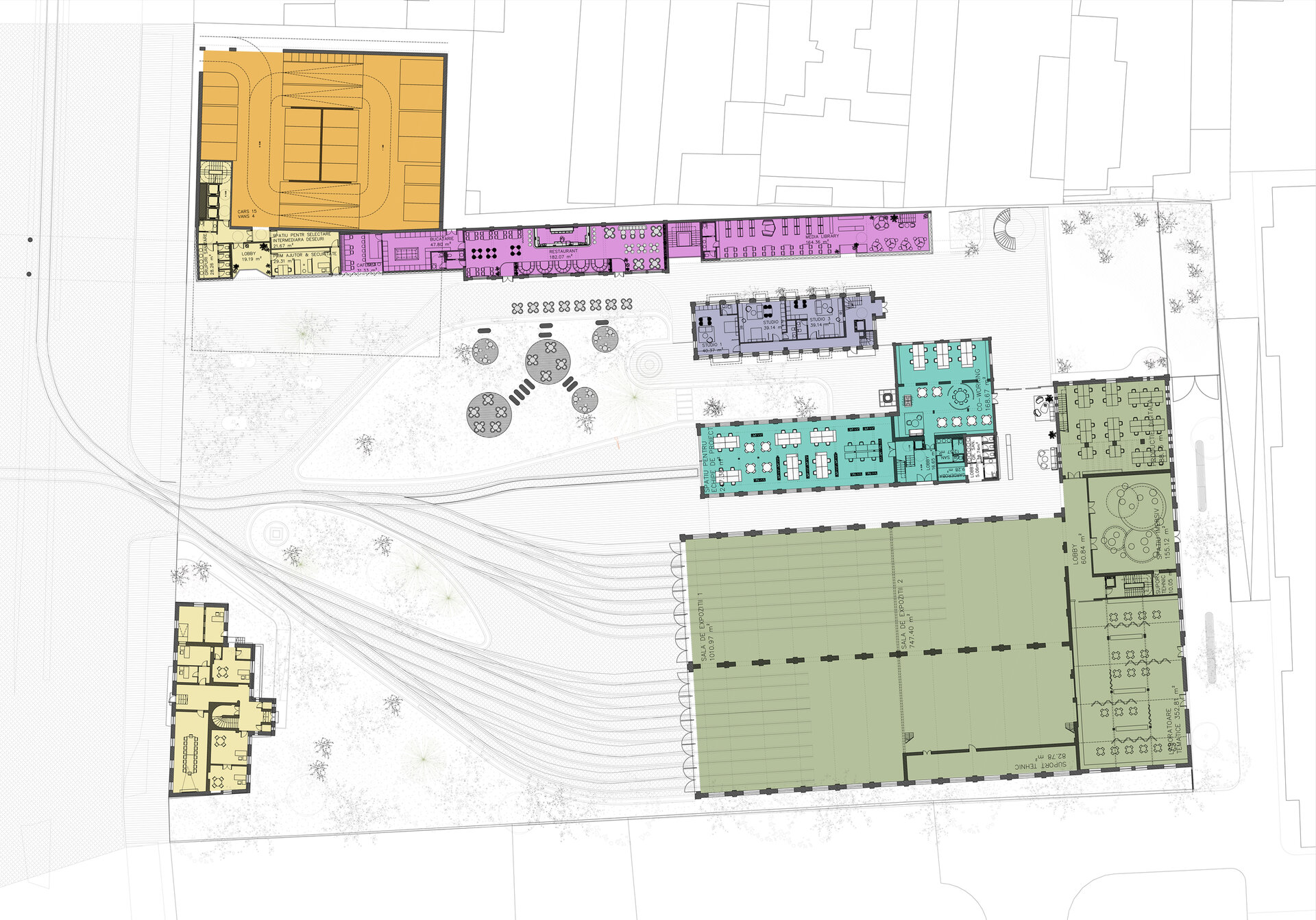