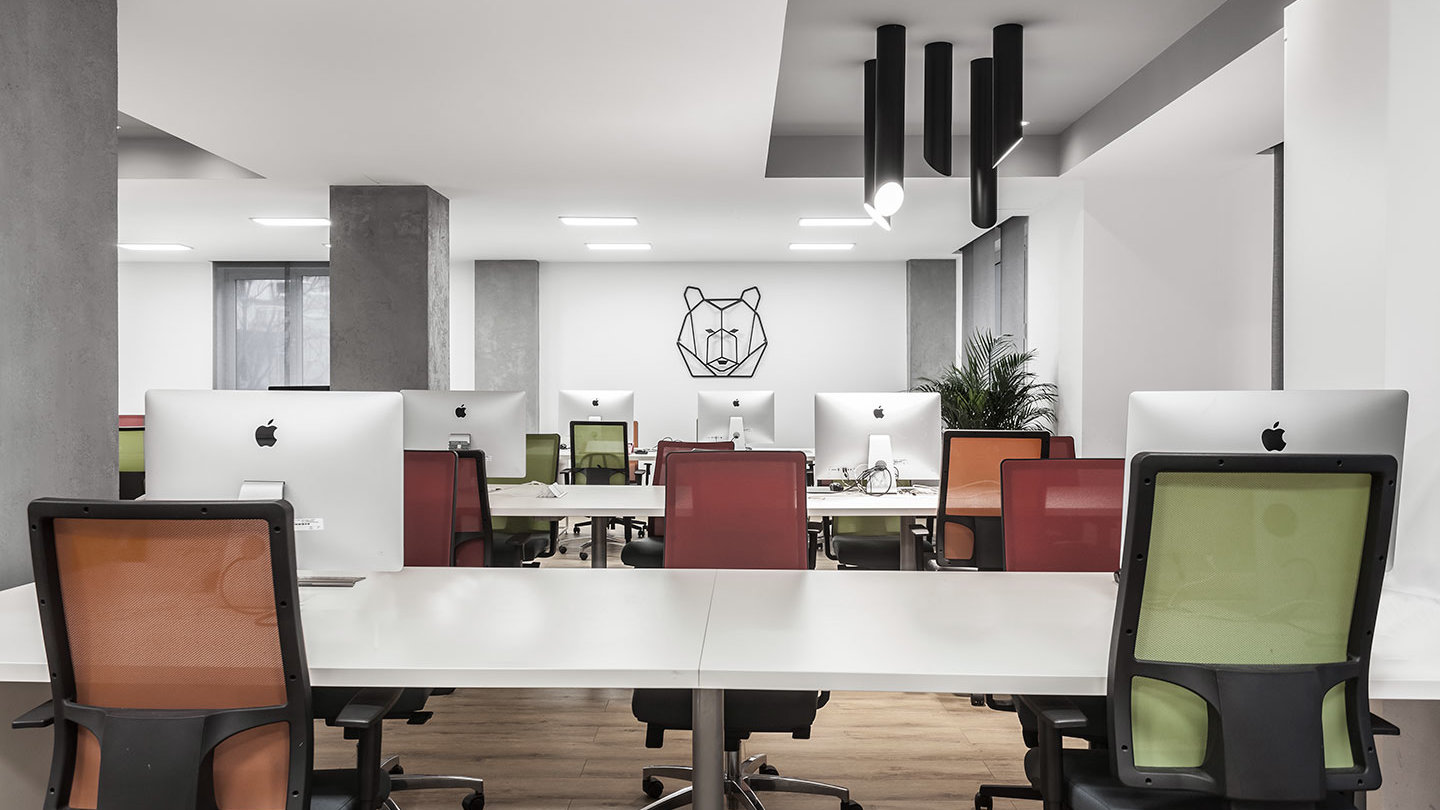 Leo Burnett is a cult advertising agency with many awards, a super creative team, being the 2018 agency in Romania. The group occupied the first floor of an office building with an area of approximately 500sqm. The brief was to rethink the space in a functional way but, also to bring style and inspirationally to the agency. We wanted a clean and minimalist space. The concept of the design is urban-industrial, so we played with materials in their raw condition - concrete, white paint, glass, metal and wood. The chromatic scheme is neutral with the color accents given by the seats.