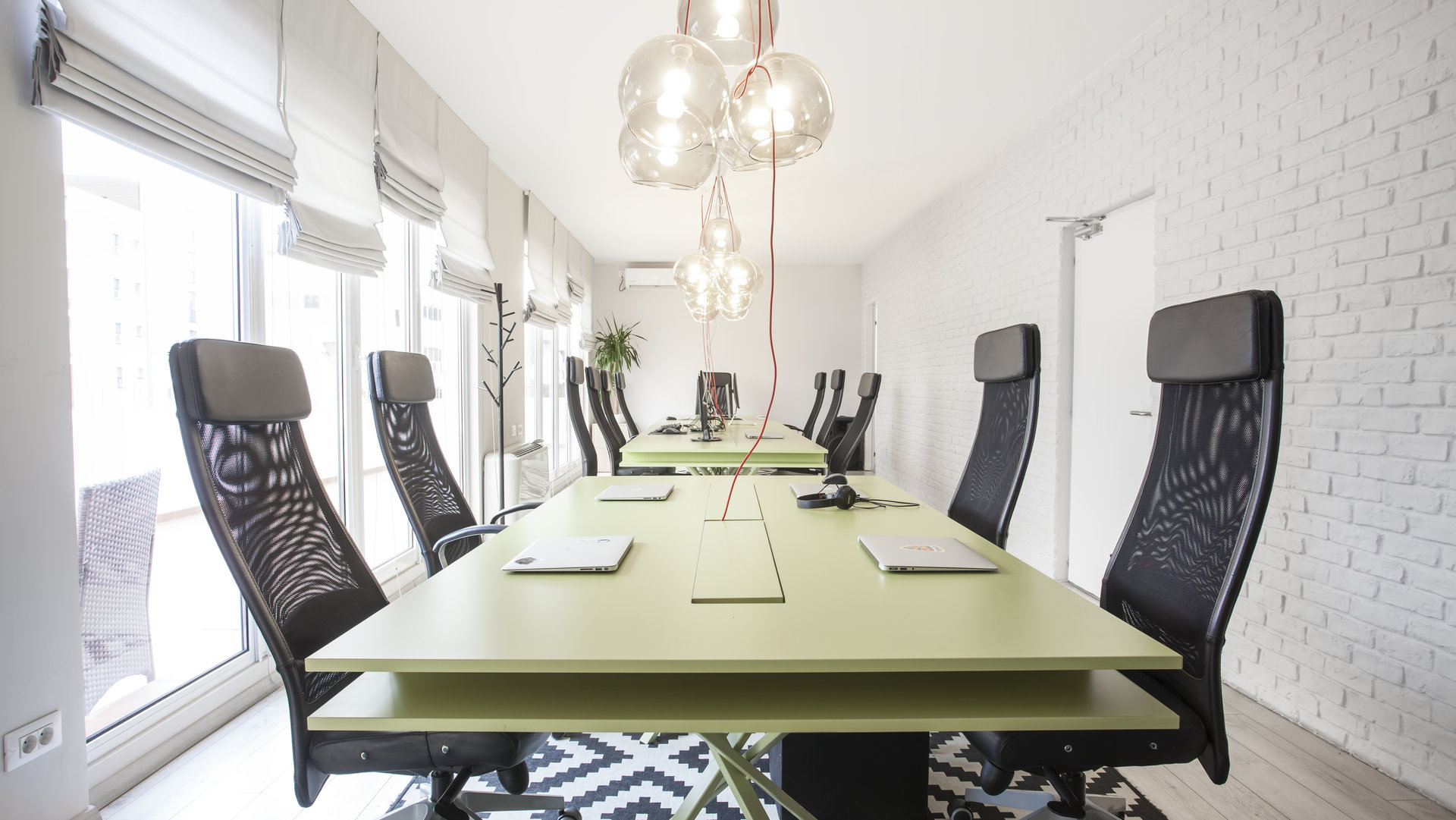 The challenge of Geeks was to put in a small space 14 workstations, a closed office for the agency manager and a brainstorming room. Thus, we chose the offices to be common, located in the center and thus to circulate around. Because little space involves few objects,offices are central, the rest of the walls being as simple as possible. And because the offices are the central element, I chose a vital and non-conformist color. The result is a space with punctual and colored elements on a neutral basis that has the role of visually enlarge.