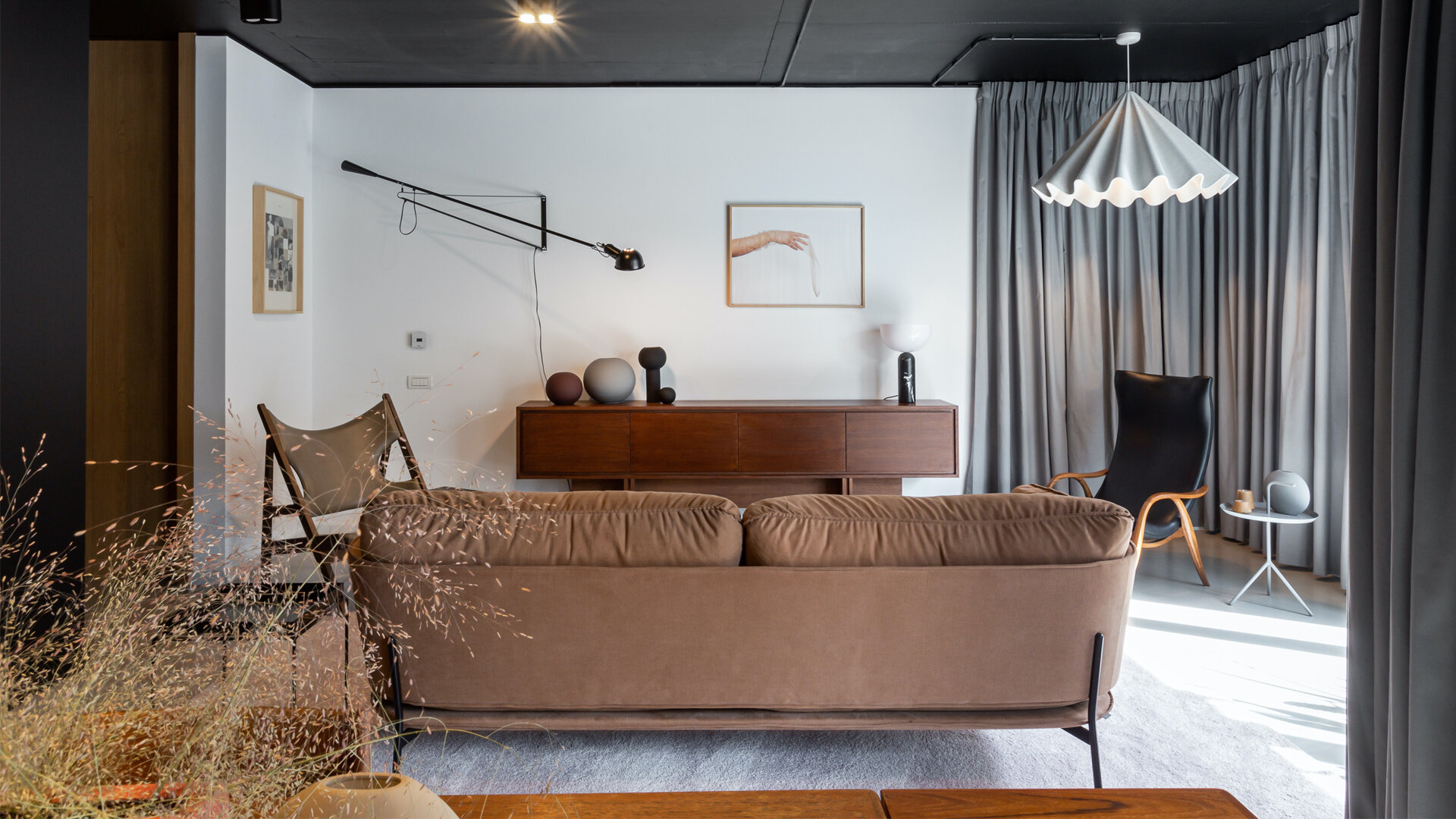 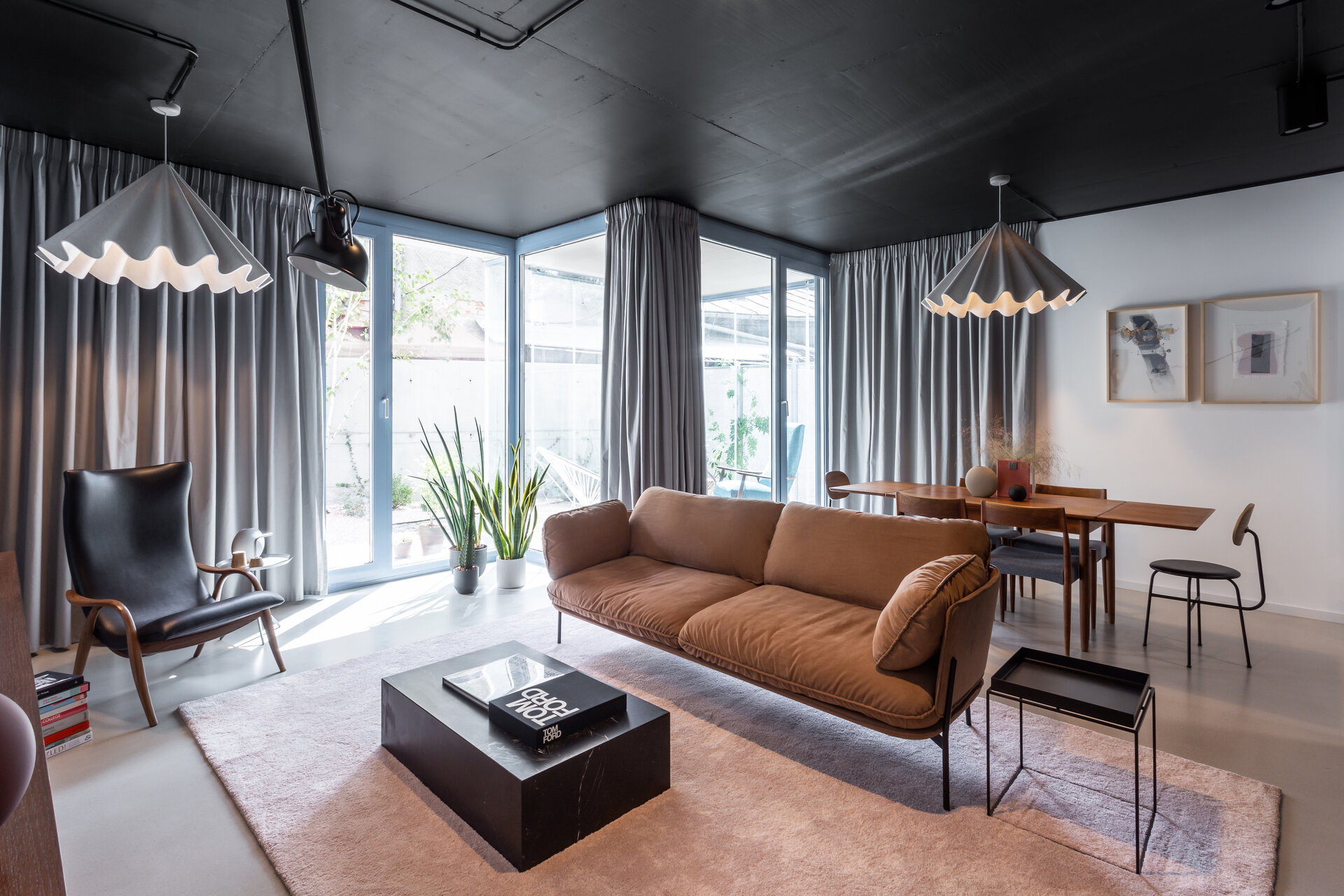 The new and more alternative type of housing developments, that we can recently find in a growing number in some of the larger Romanian cities, are the proof of the positive evolution of the market, based on the request of a more specific urban living. The central areas of the cities are getting denser, but the clients are looking for a more diverse, more intimate type of living, that concentrates not only on their individual needs, but also on building communities.
Such an example is the second housing development of Urban Spaces, following the really successful first micro-community, that was a ground-breaking project in Bucharest, almost 10 years ago. This second housing complex contains a series of one, two or three level apartments, each with a distinct functional layout, offering a great flexibility for the inhabitants.
The project at AA apartment started with the floor-plan transformations, that were possible due to its flexible structural and utilities layout. A two bedroom apartment was realised in a two level space, for a young family of three, that has a direct privat patio connection.The interior design project had its starting point the new construction itself, with its spectacular concrete slabs, that became the main frames for the vertical elements.
The concrete ceilings were kept apparent throughout the apartment and gave a soft loft type of atmosphere. At the ground floor, in a dialogue with the black concrete ceiling, the microcement floor defines a more industrial character, enriched by a collage of old and new pieces of furniture and an impressive art collection. In the spirit of this gallery like image, the kitchen is a sculptural object, built of classic 15 x 15 cm white tiles. The use of iconic design pieces and classic finishings, the interior has a atemporal character.
The more open public and the more introverted private area of the apartment are connected by an interior staircase, that keeps the microcement finishing for the first steps. Aligned with the wooden railing, the finishing of the steps changes into wood, thus creating together a single volume, that forecasts the more intimate area of the apartment. At the upper floor the interior of the two bedrooms show the same design approach as the livingroom, keeping the concrete ceiling, but counterbalancing it with heavy curtains, used also as room divisions.

This was a perfect example of how mid-century furniture touch can improve a small apartment’s design. One of the best things about this open space is the creativity in choosing the colours and the good layout of the rooms. Functionality also works in every corner of this project and the fact that the bold and talented architect also designed some of the objects, it’s a good approach for a memorable interior. 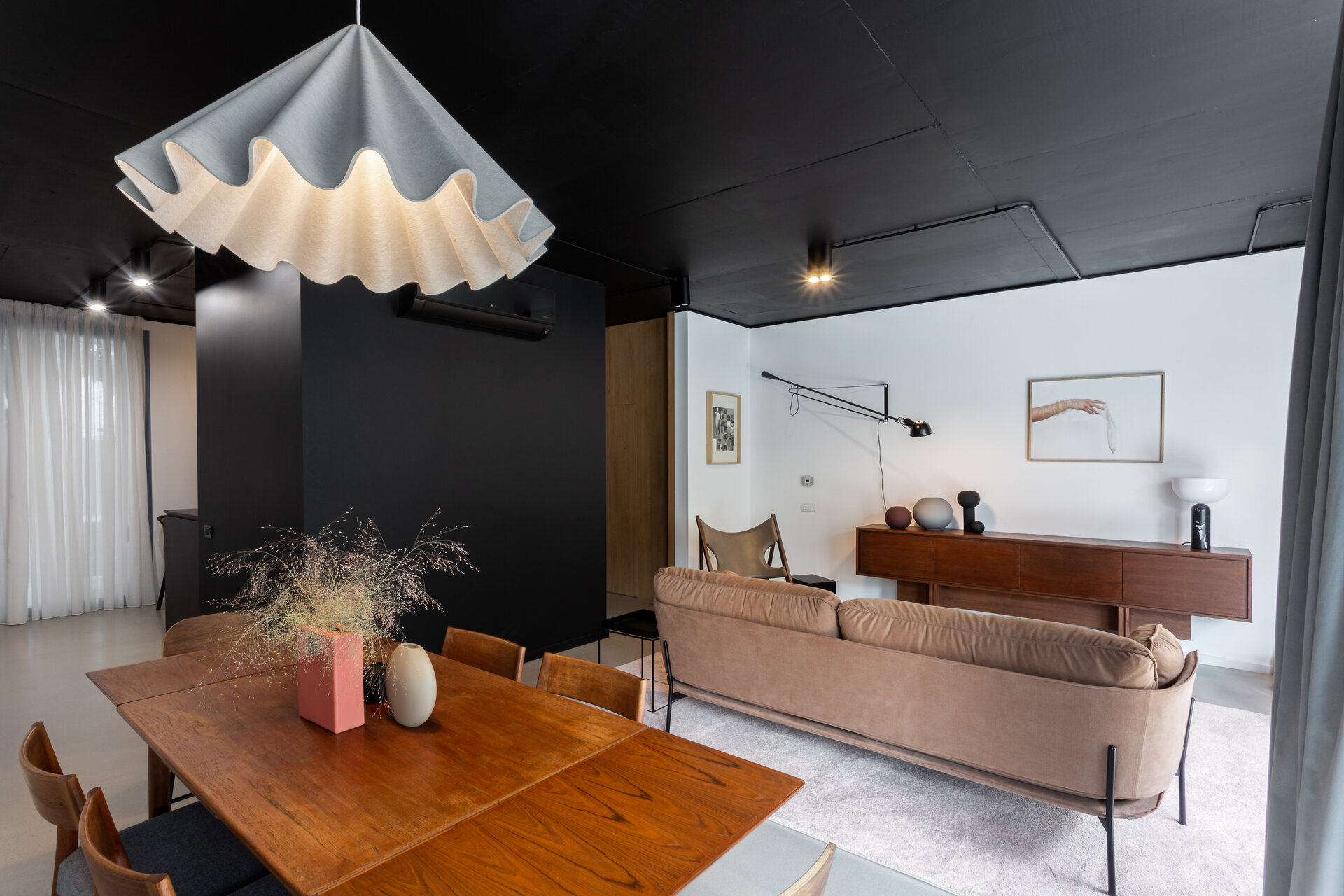 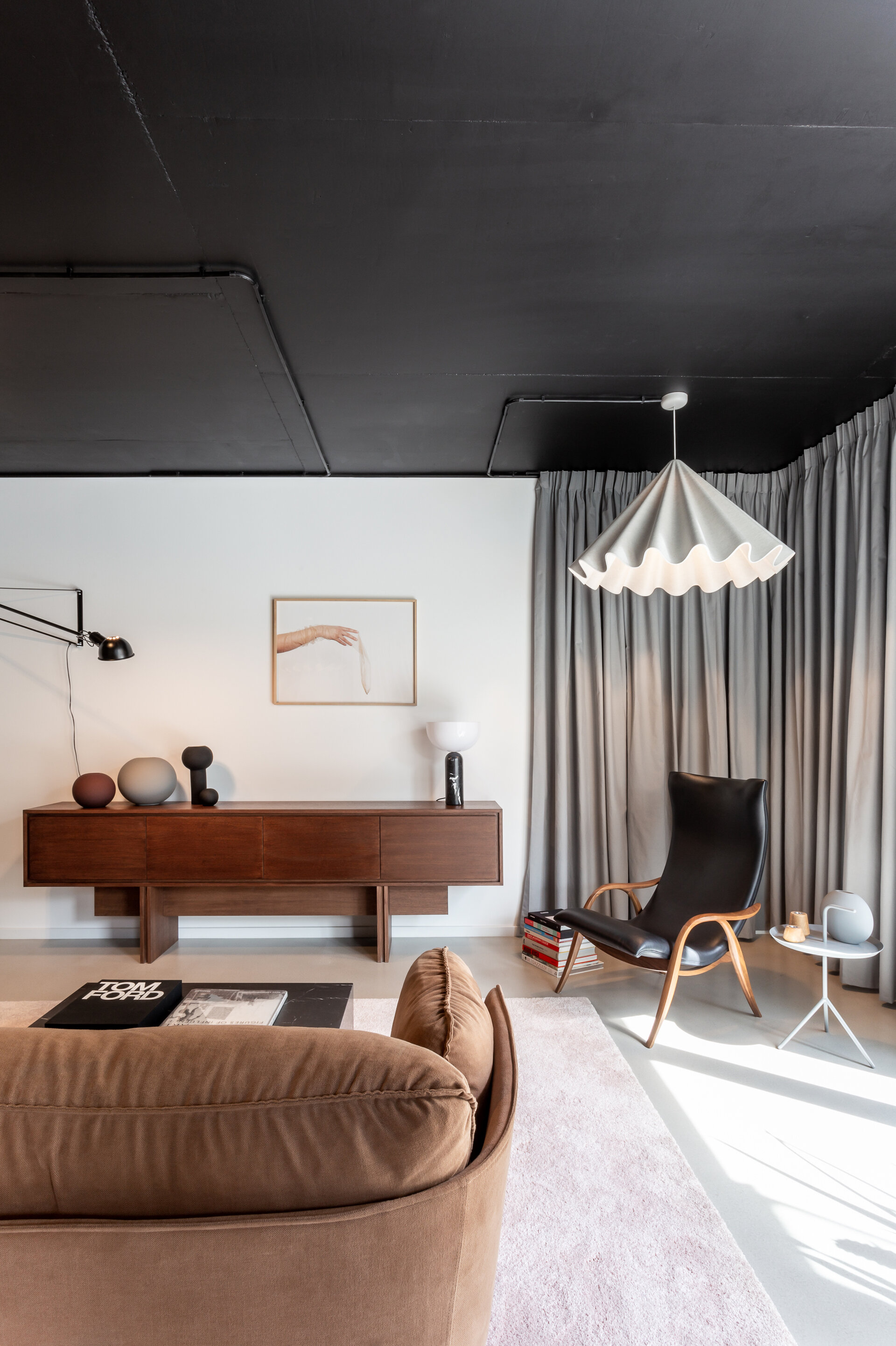 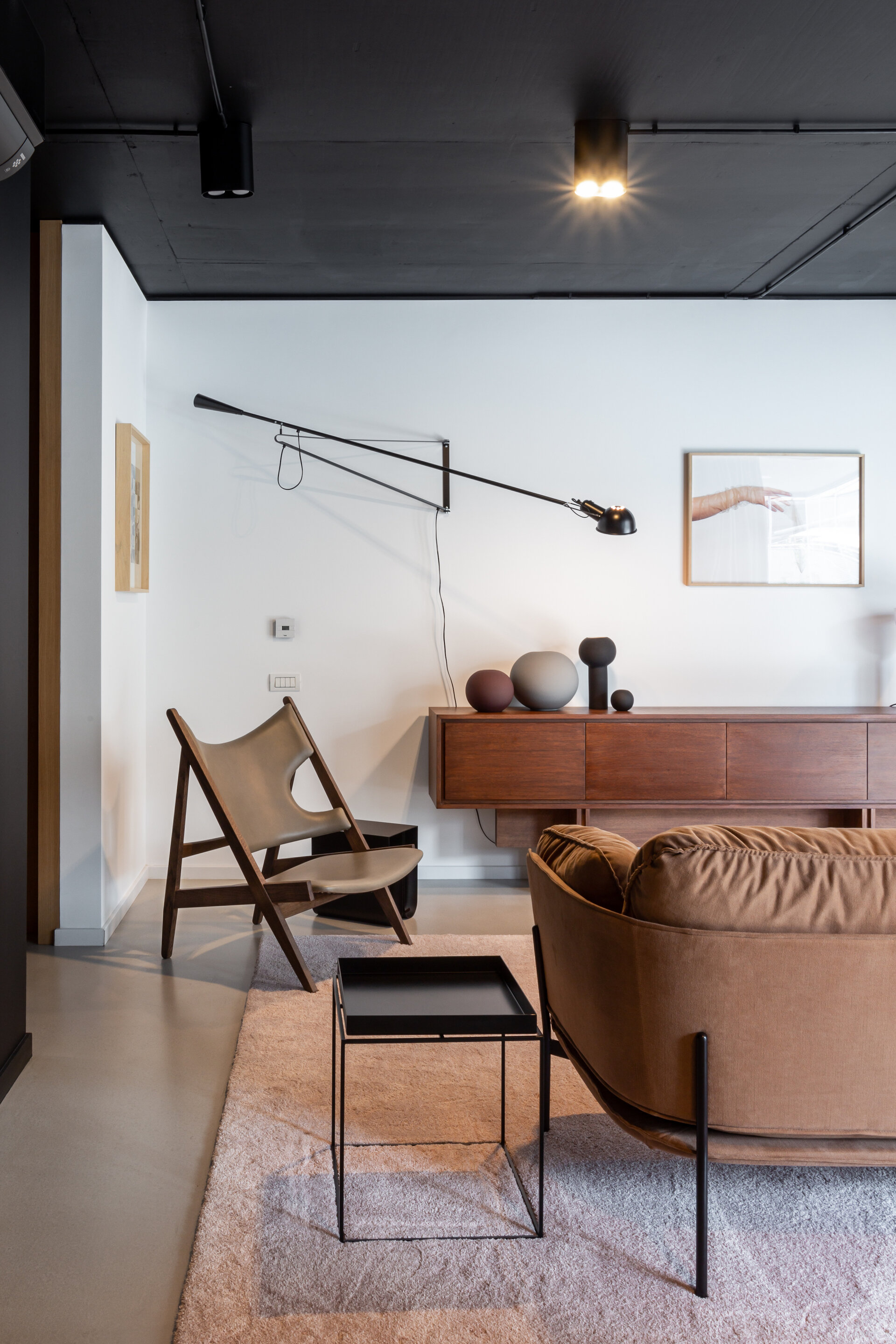 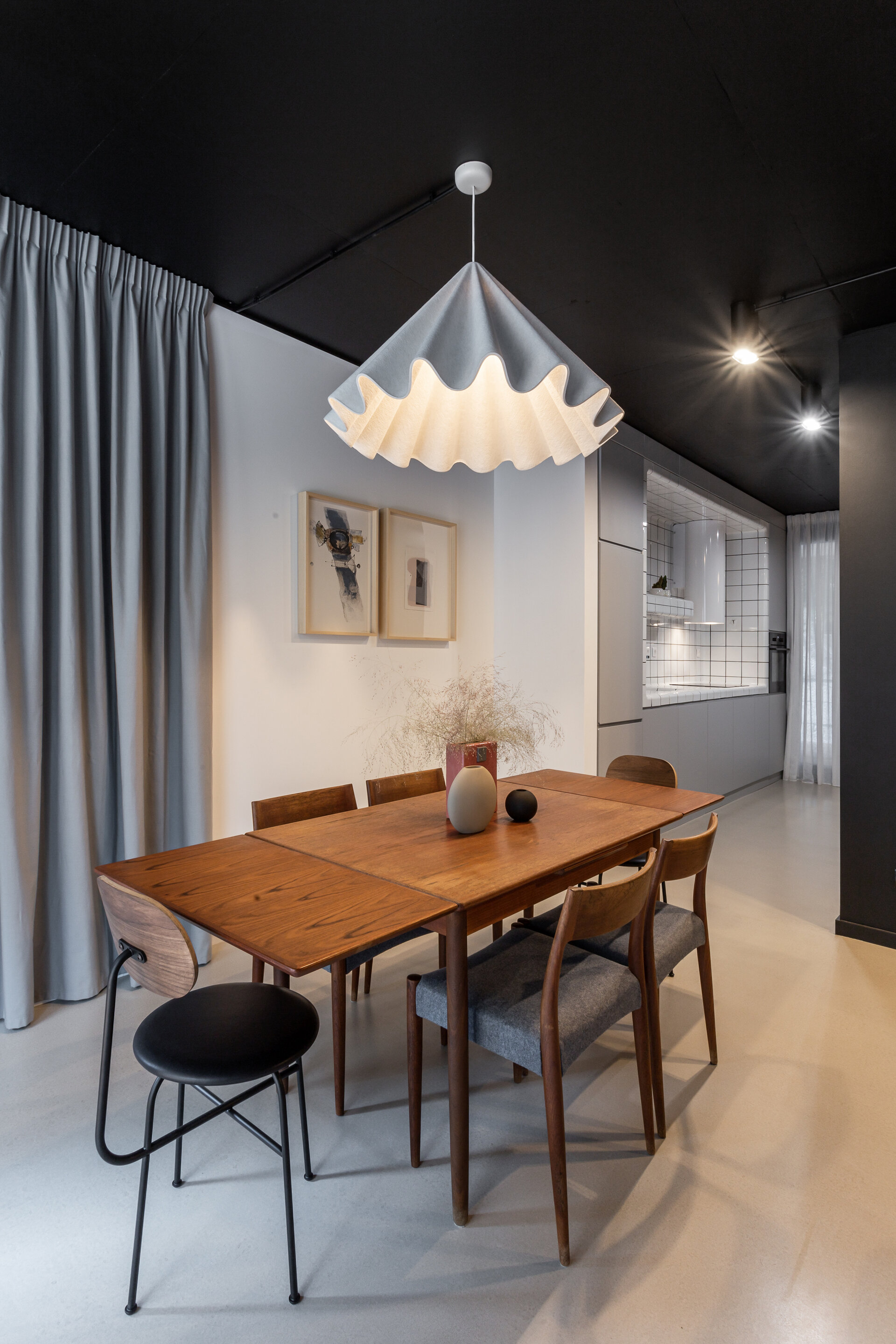 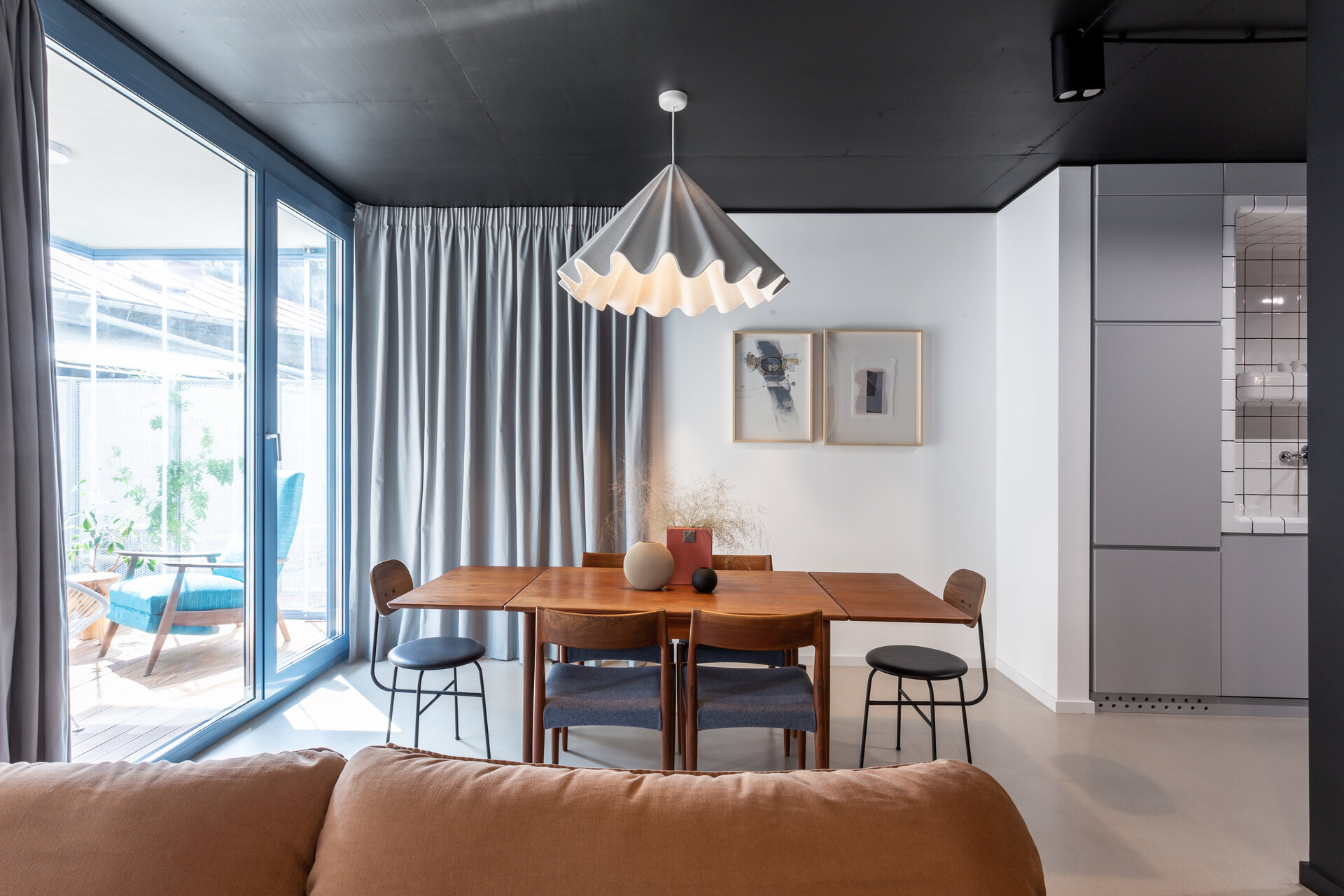 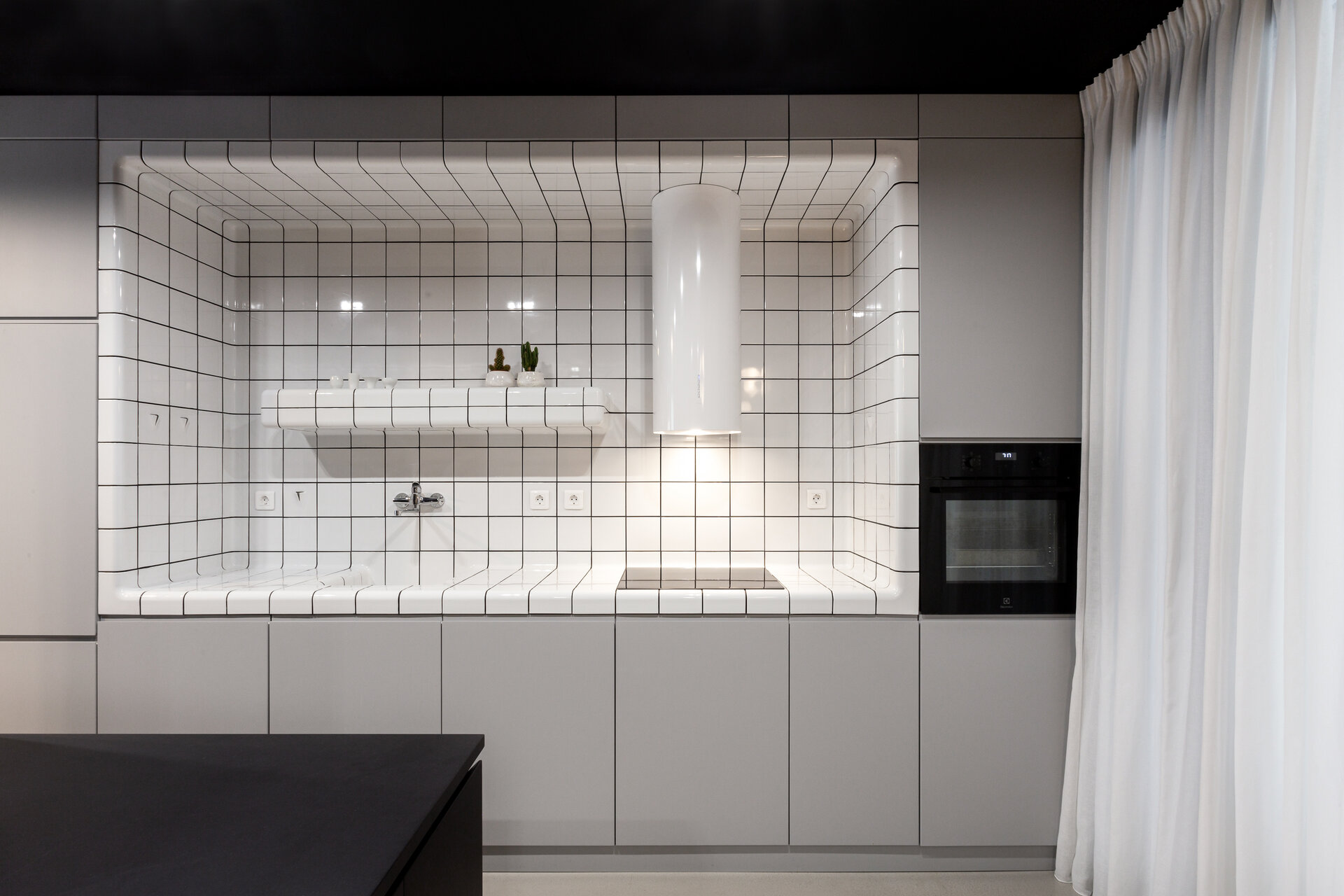 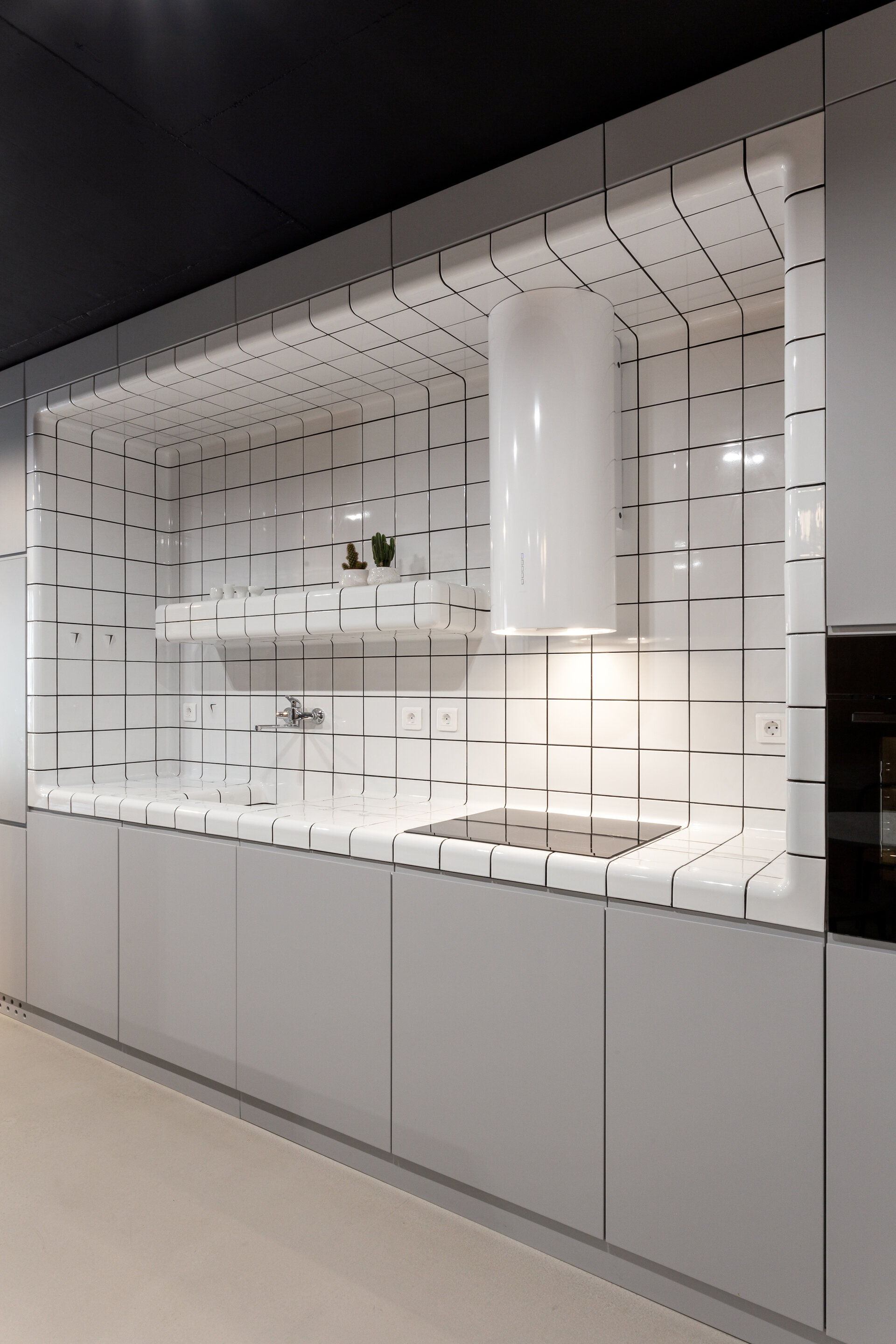 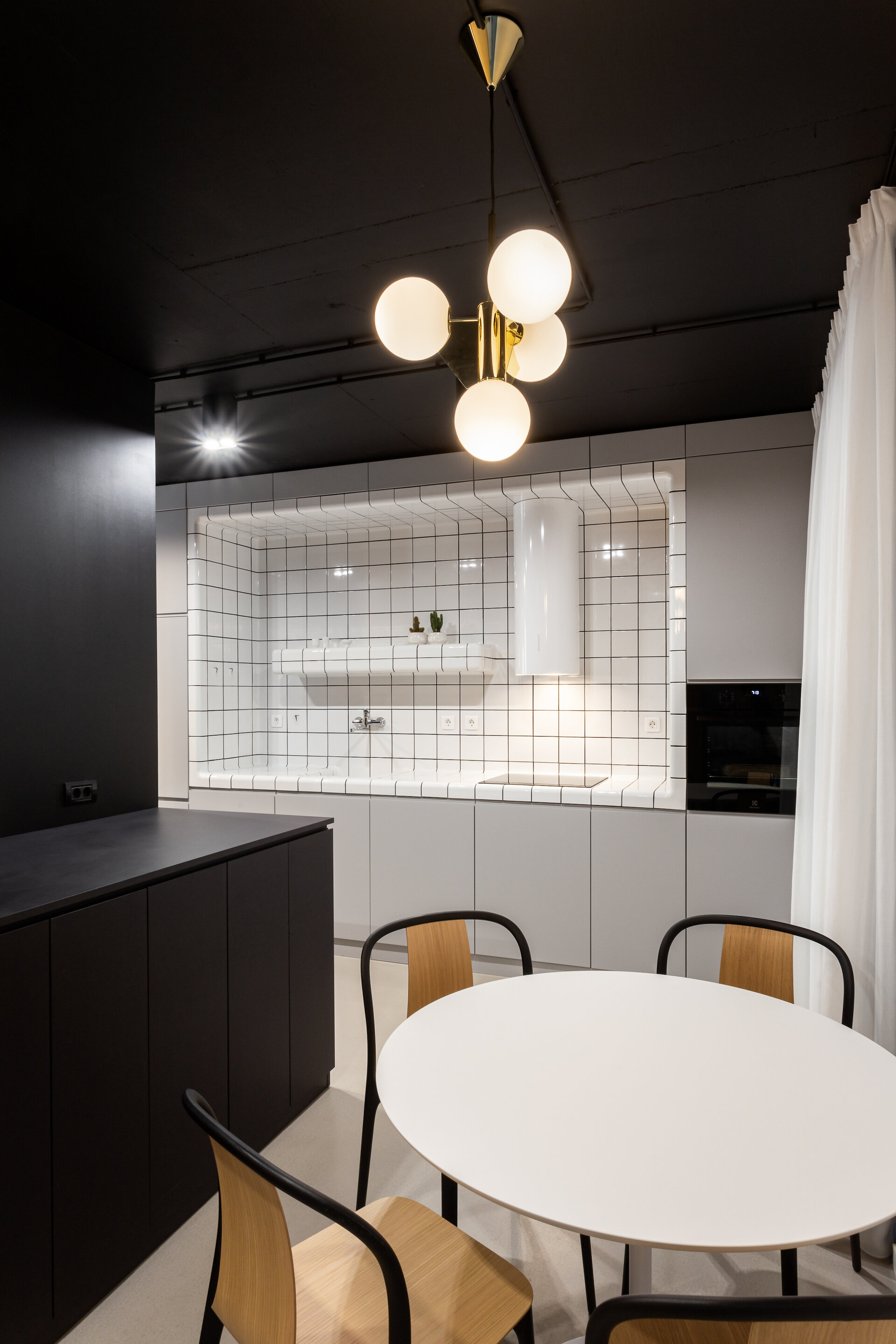 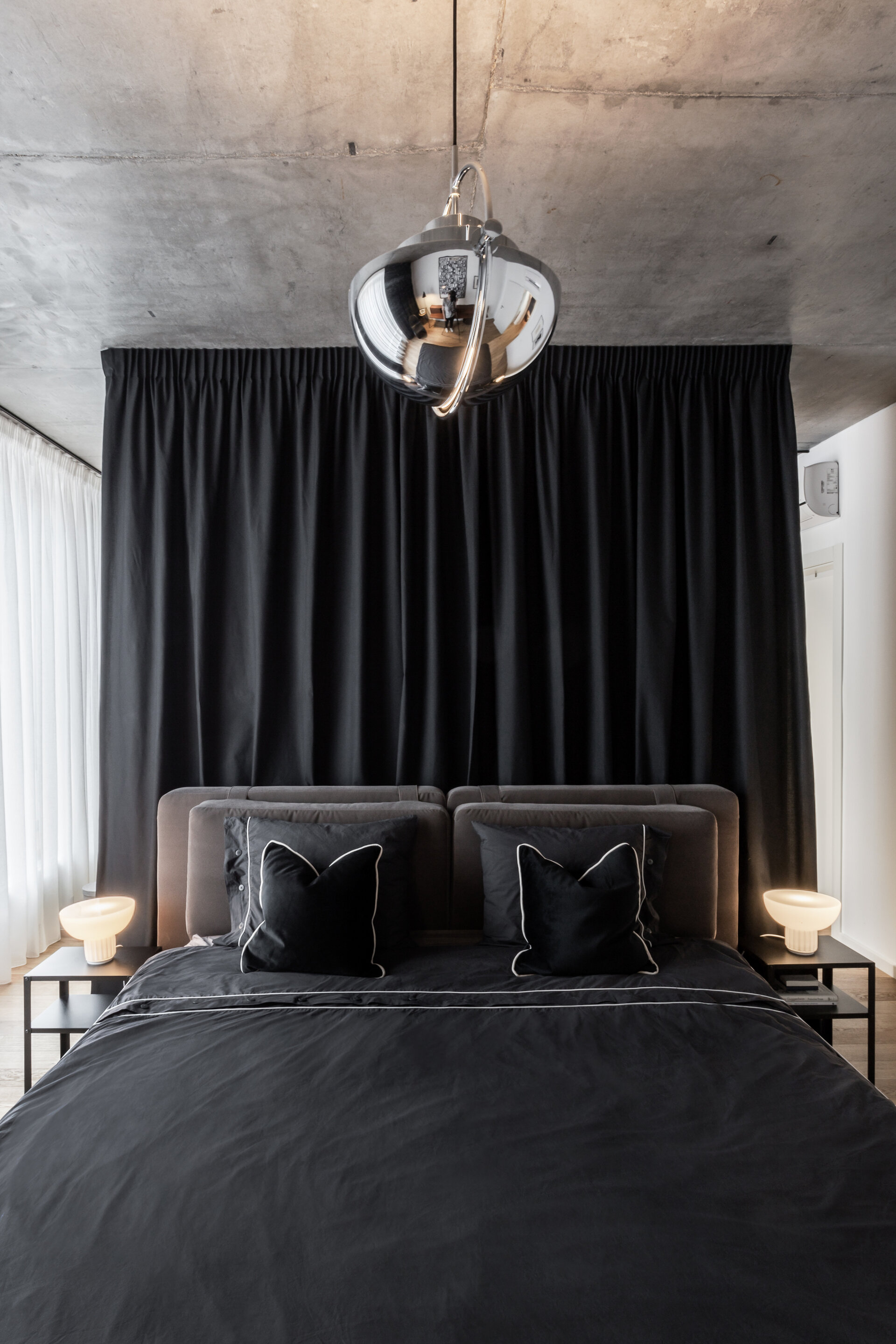 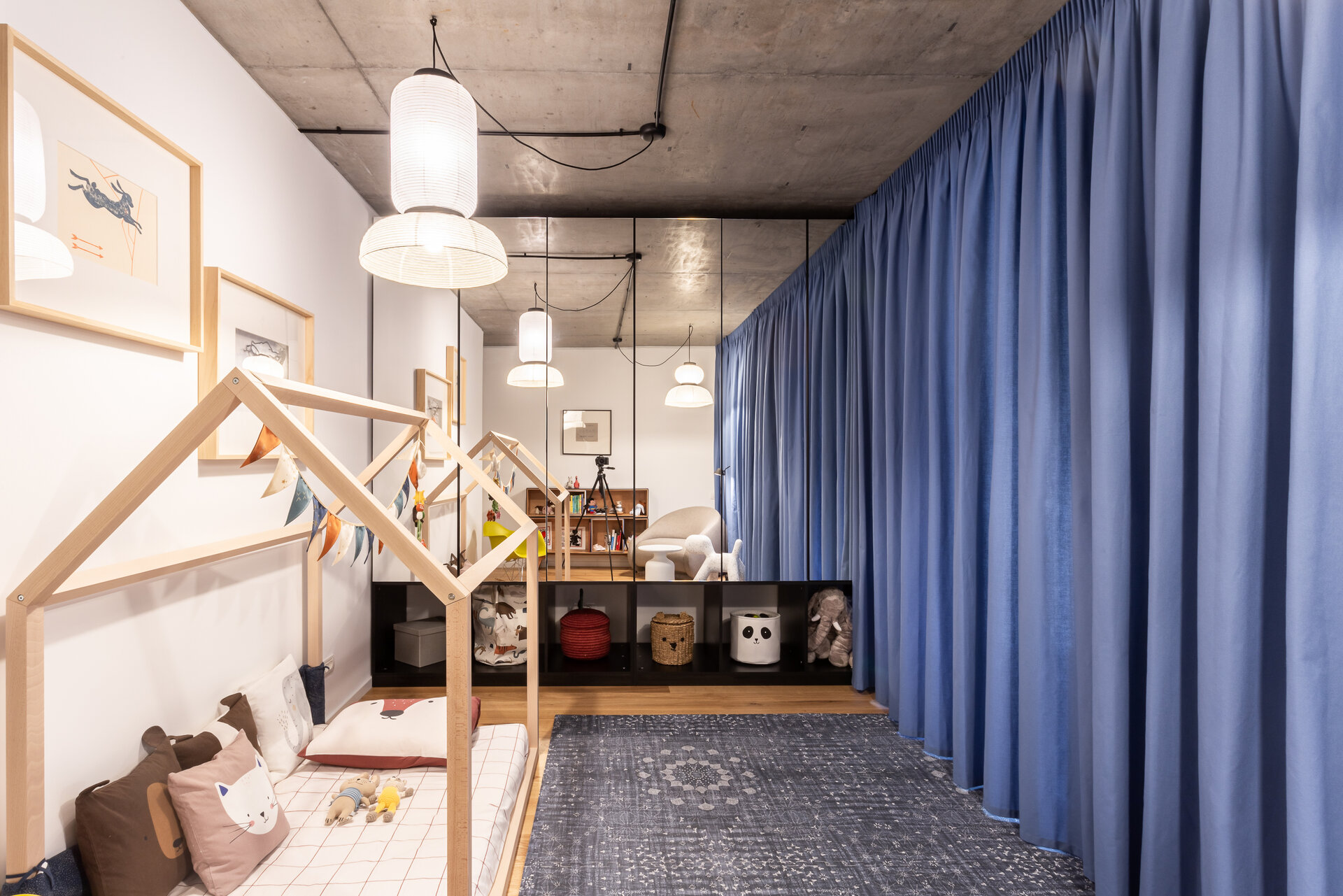 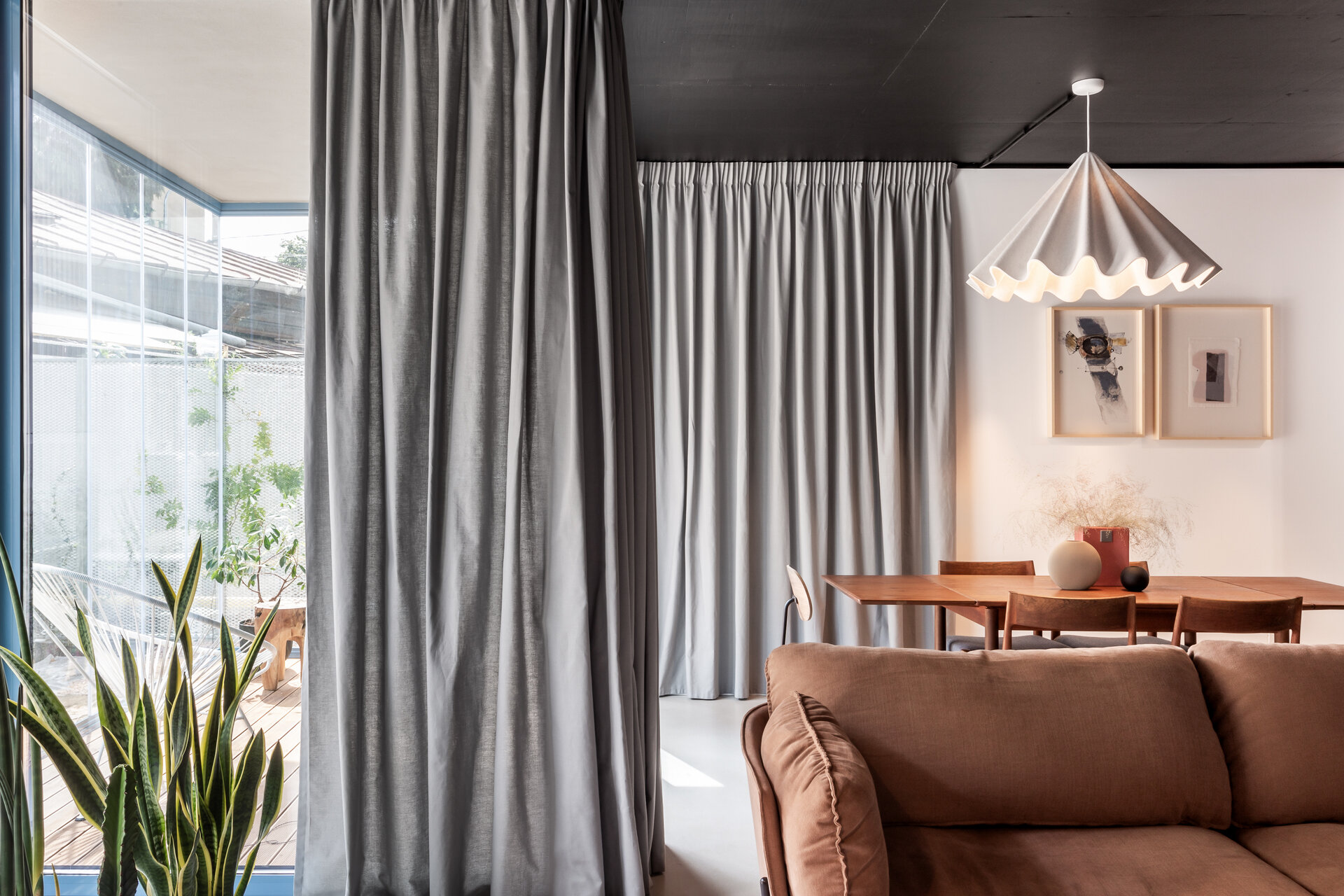 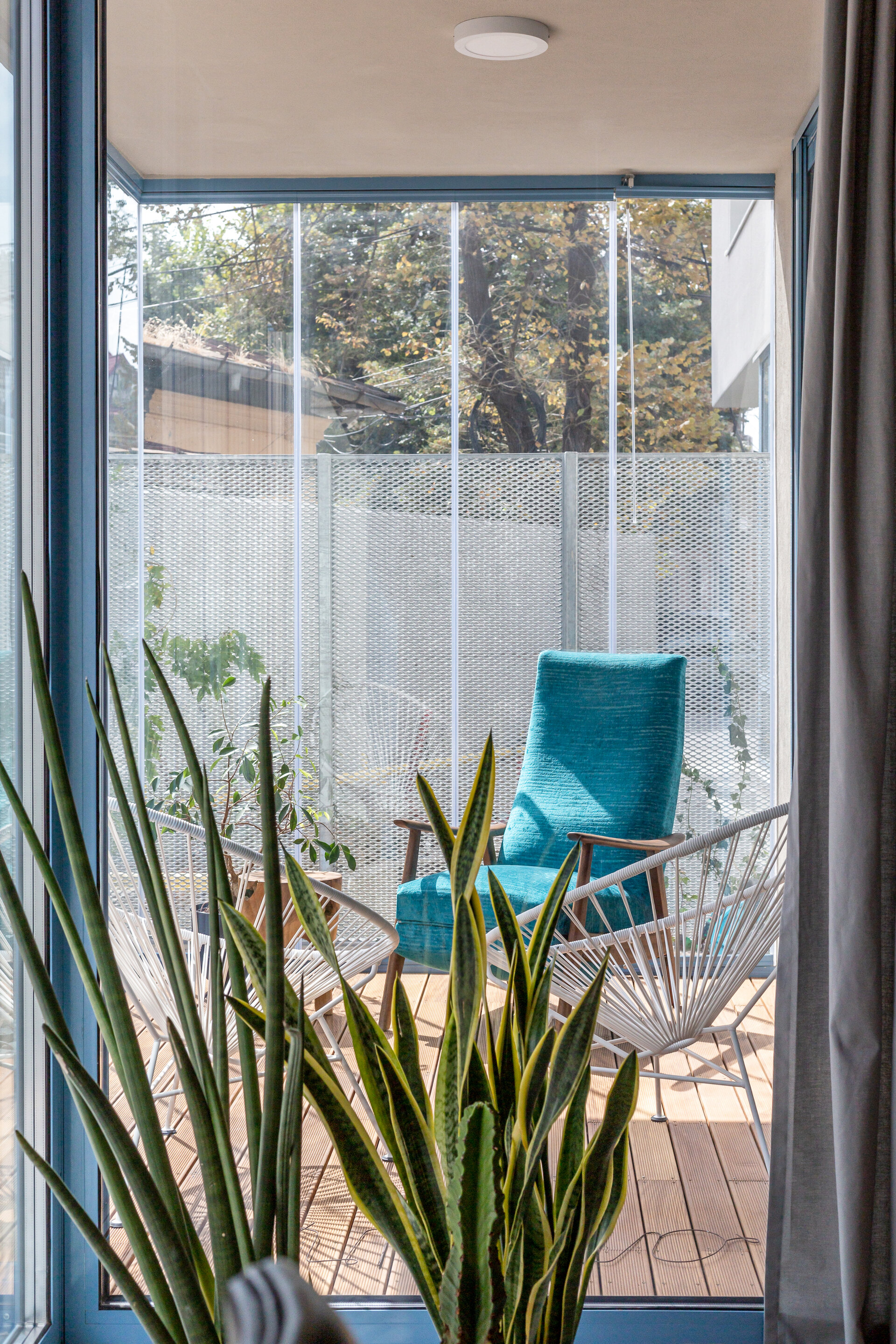 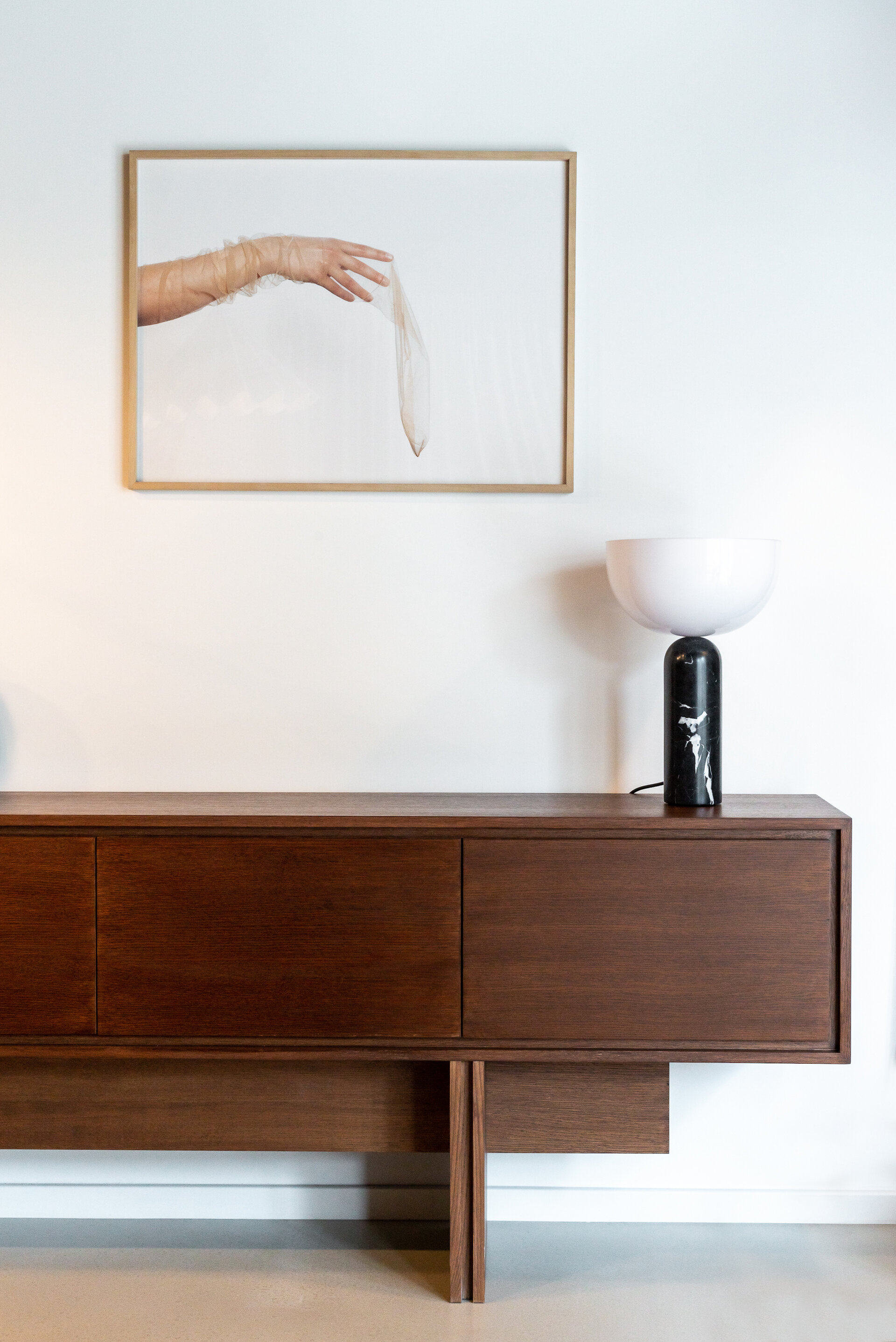 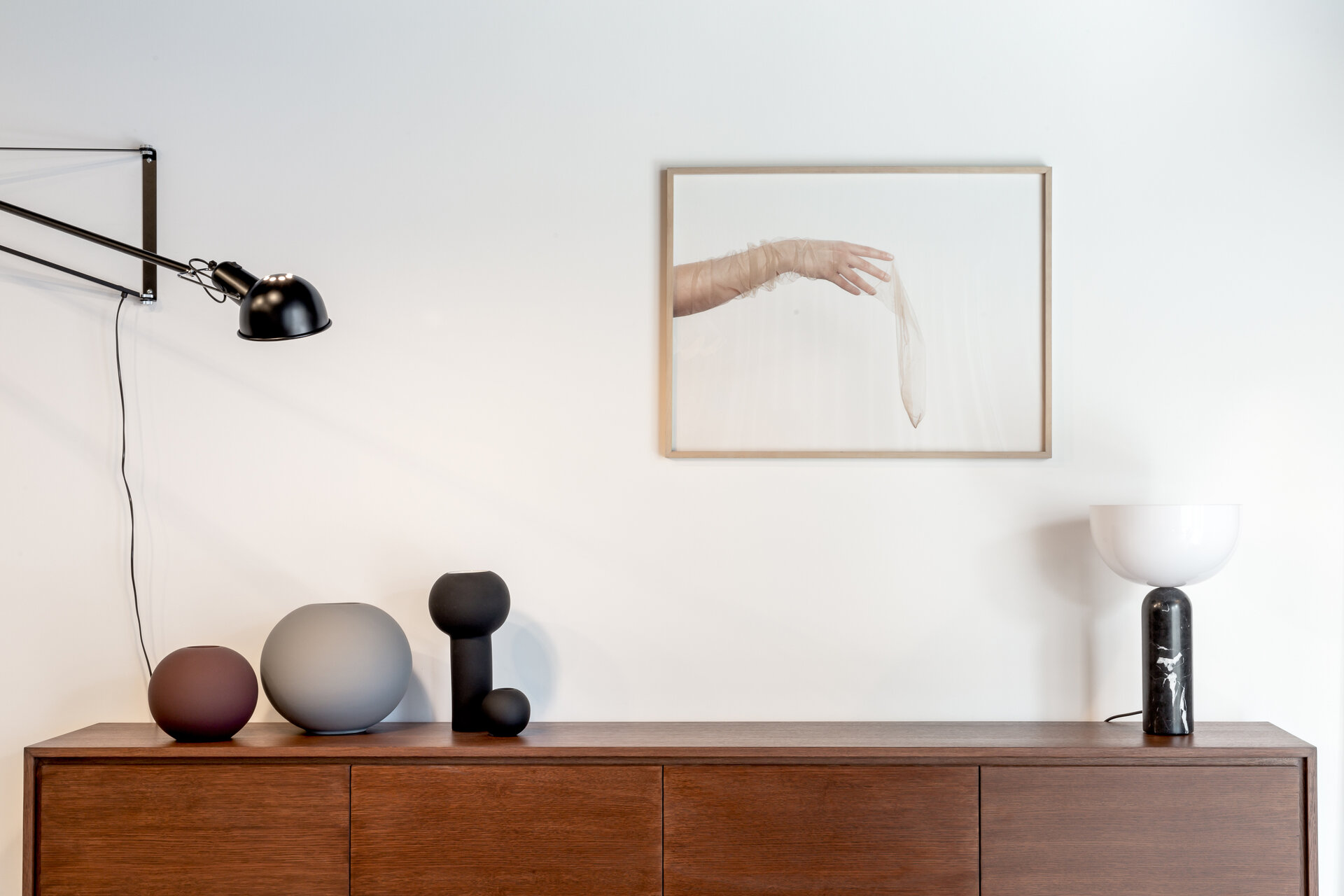