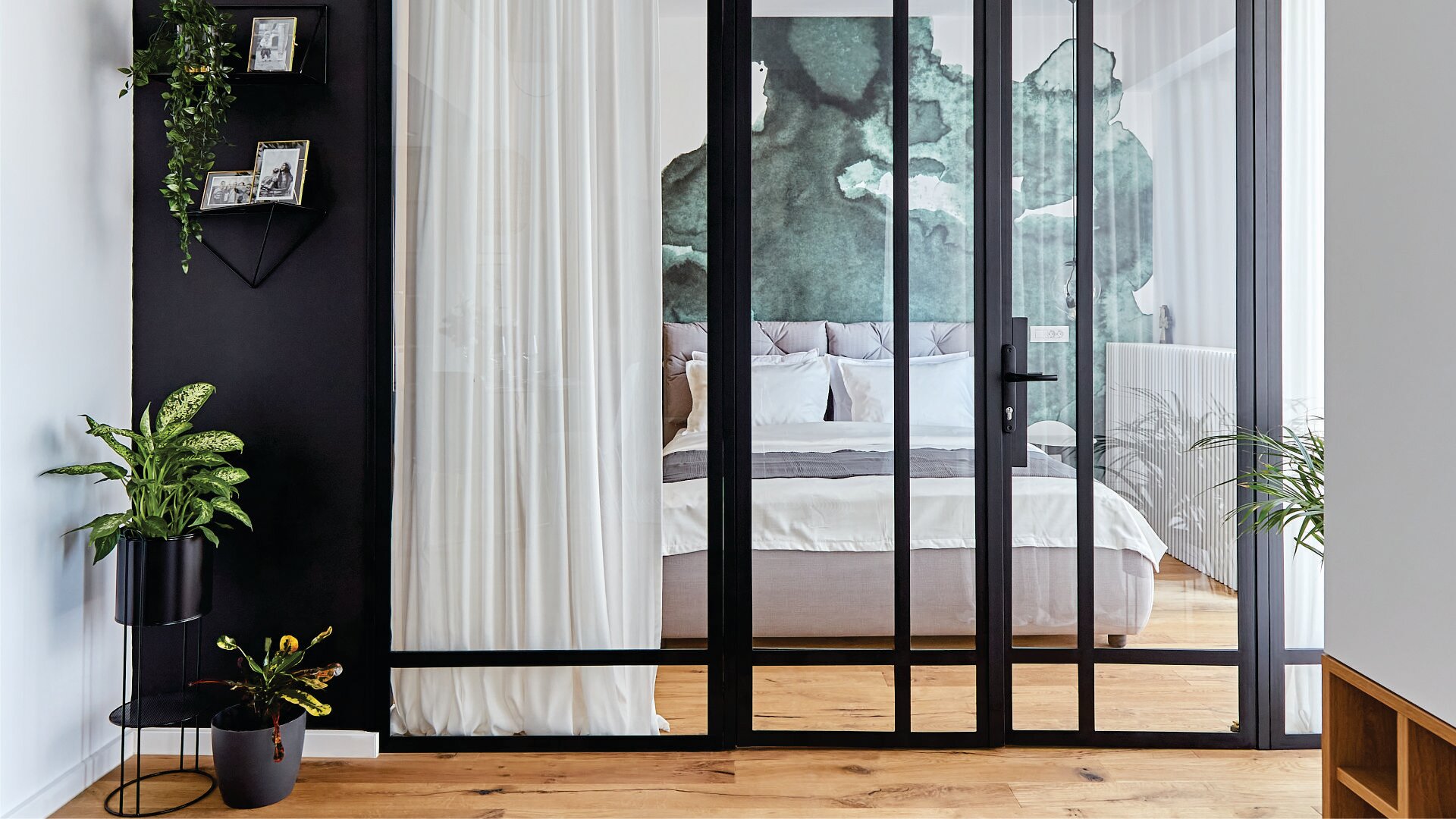 Located in the only residential building built after December on Unirii Boulevard in Bucharest, DOWNTOWN FUSION is primarily a subdivision of a studio into a two-room studio apartment. In the total area of ​​50sqm, of which 8sqm terrace, it is composed of a 5.5sqm bathroom and an open space that includes the access hall, kitchen, living room and bedroom, the latter two being separated by a glazing of glass on metal structure.
Taking this work from the red construction stage of the entire building, we allowed ourselves to partially keep the apparent concrete ceiling (in the living room and bathroom), its appearance being extremely pleasant after pouring the tiles. Given this aspect, I continued to choose the rest of the finishes, also in a slightly brutalist style. The parquet is a layered one, with apparent knots and even accentuated with black bitumen, and its surface only oiled. Also from the same supplier, Kahrs, I chose another type of parquet, chevron this time, which I applied on the wall behind the sofa.
At the bathroom level, we opted for the integral cladding, both of the floor and of the walls with terrazzo, a finish that contrasts and at the same time completes in an interesting way its apparent concrete ceiling.
The only color, other than the natural ones of the materials, present at the level of the whole house is green. We can find it at the level of the wallpaper purchased from Murals Wallpaper placed on the wall at the head of the bed, as well as of the sofa in the living room. The latter I chose to be made of velvet, a precious material such as brass from the suspended bodies of the kitchen and which contradicts all the brutality I talked about earlier, a conflict that only arouses the user's curiosity even more. I think that this is the most interesting conceptual element of the whole arrangement, the conflict between the brutalist and the precious materials, materials that I took care to place one in the immediate vicinity of the other to accentuate the contrast.
The lighting fixtures have been functionally placed to serve the needs of the correct use of space, but they also create some pleasant environmental effects.
I consider that the terrace is part of the main rooms of the house because the generous surface and its correct properties allow its furnishing for use by at least 3 people at the same time in a very comfortable way, something even more useful during this period when Exterior space for our interiors is essential. 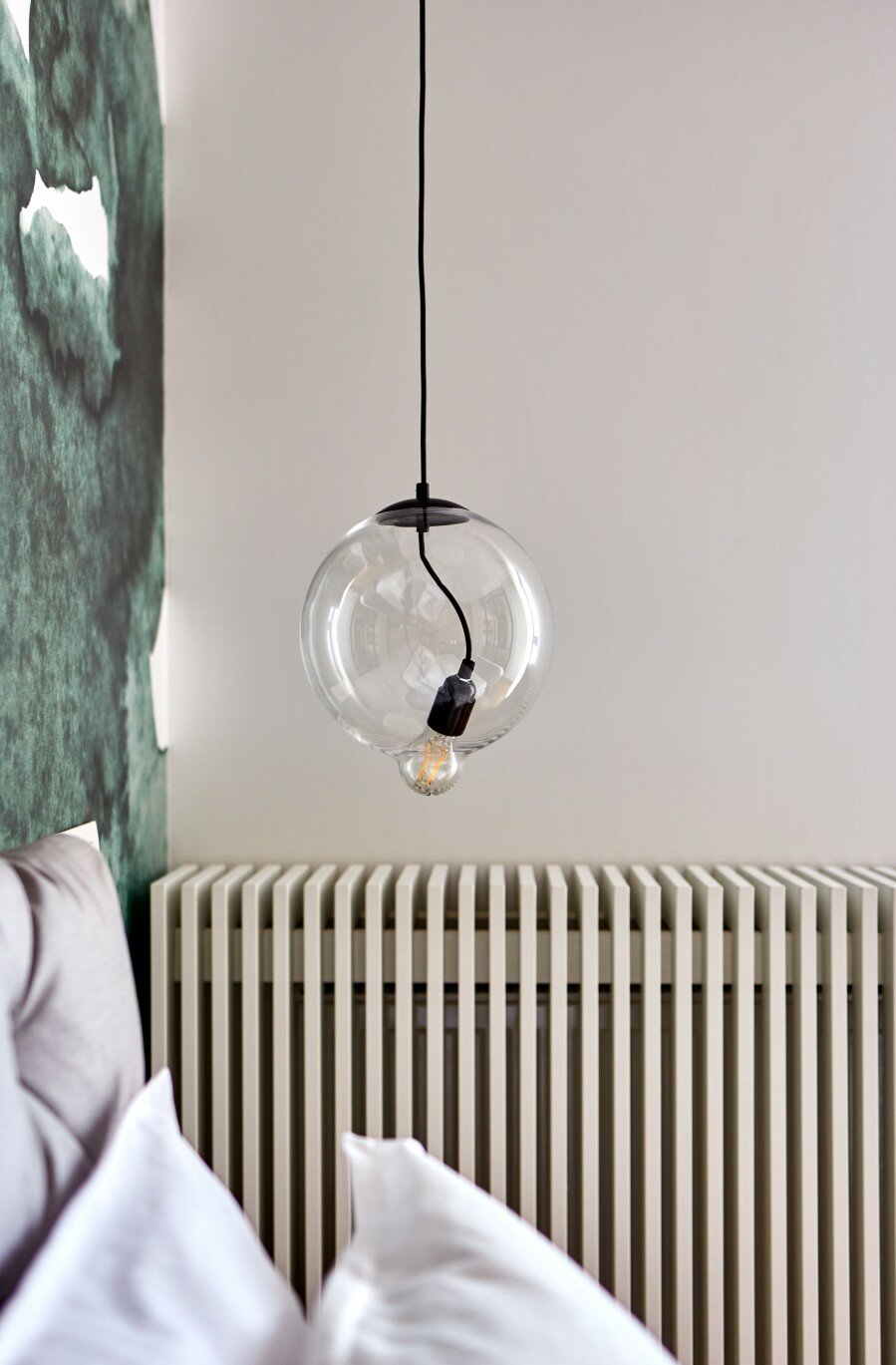 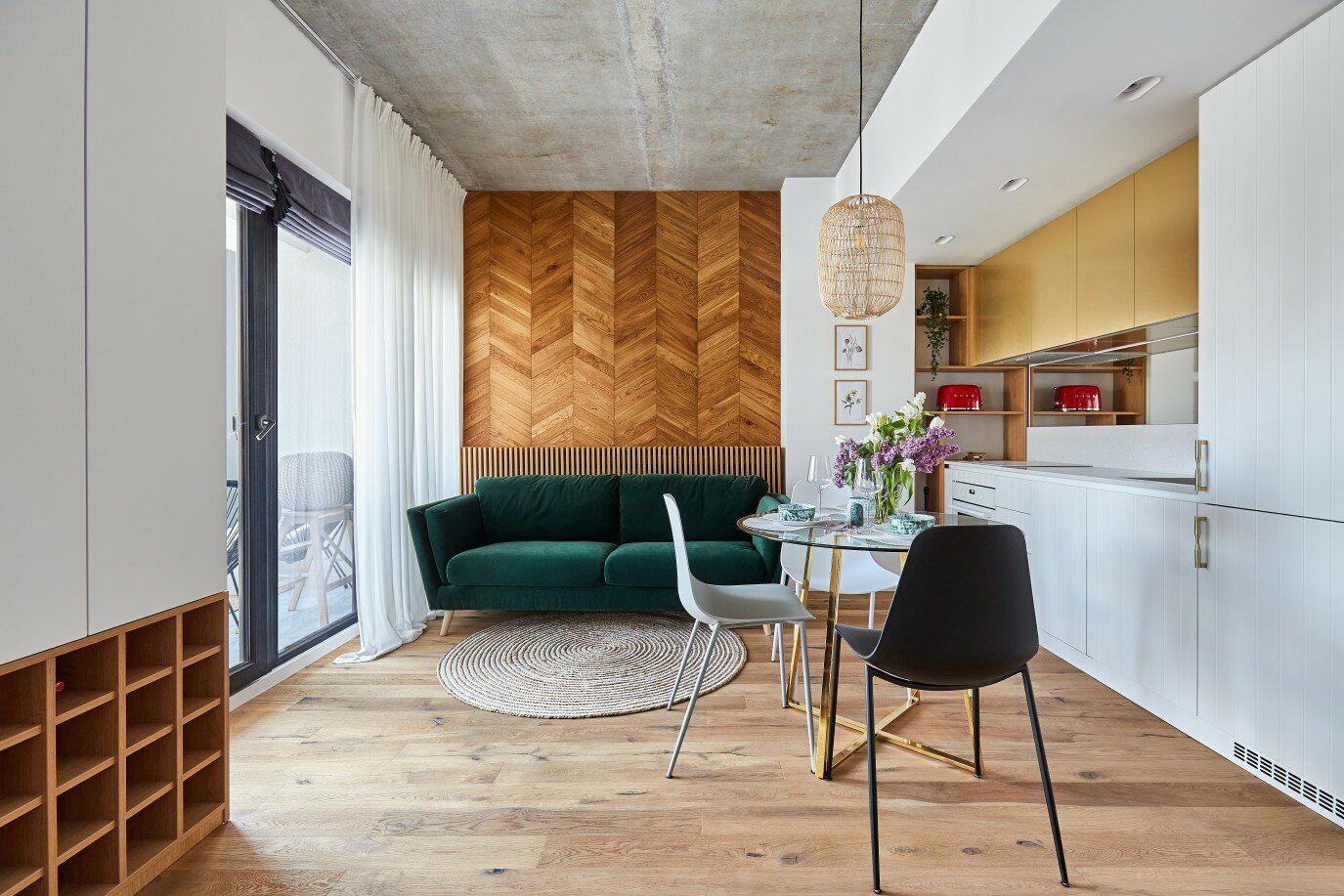 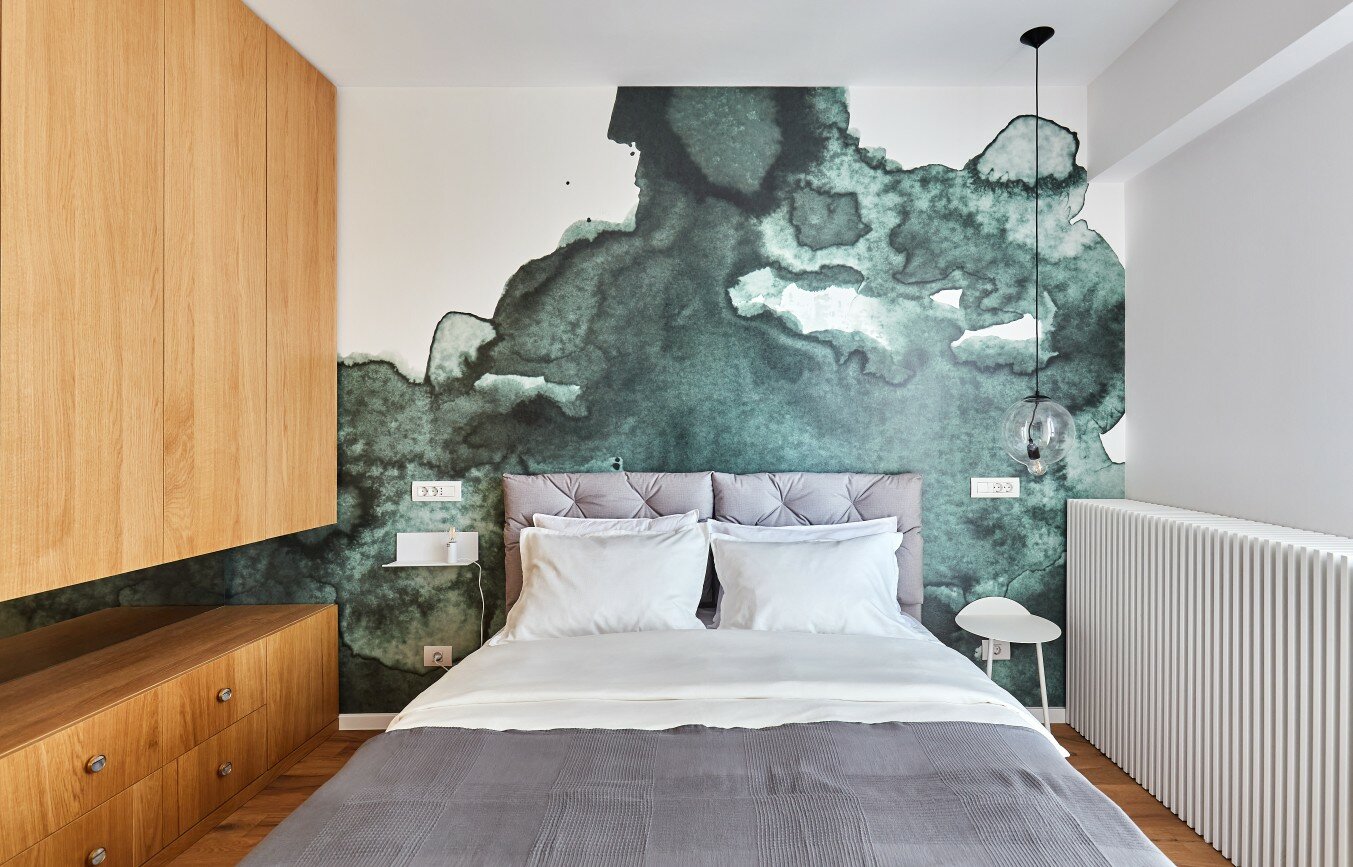 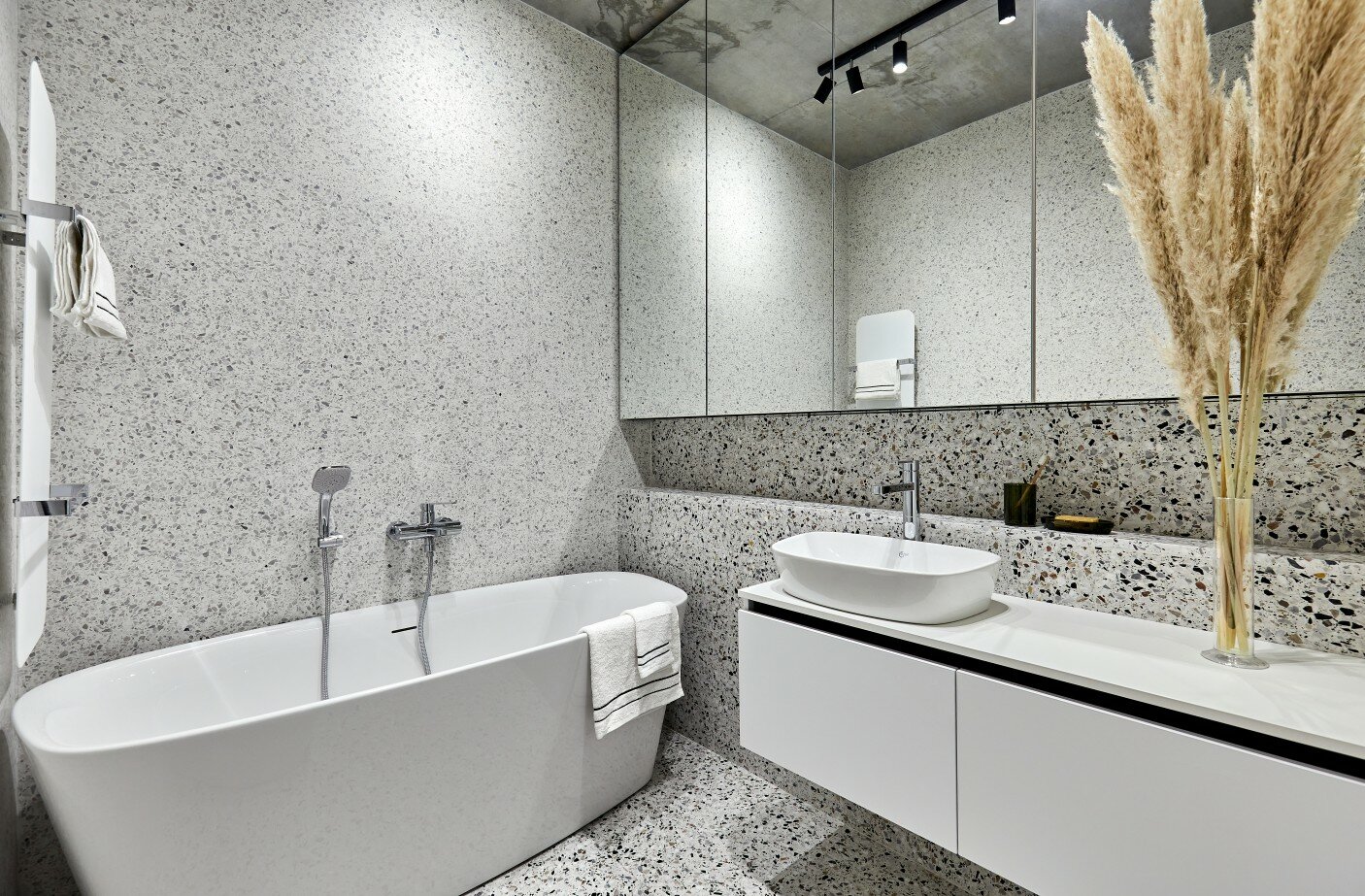 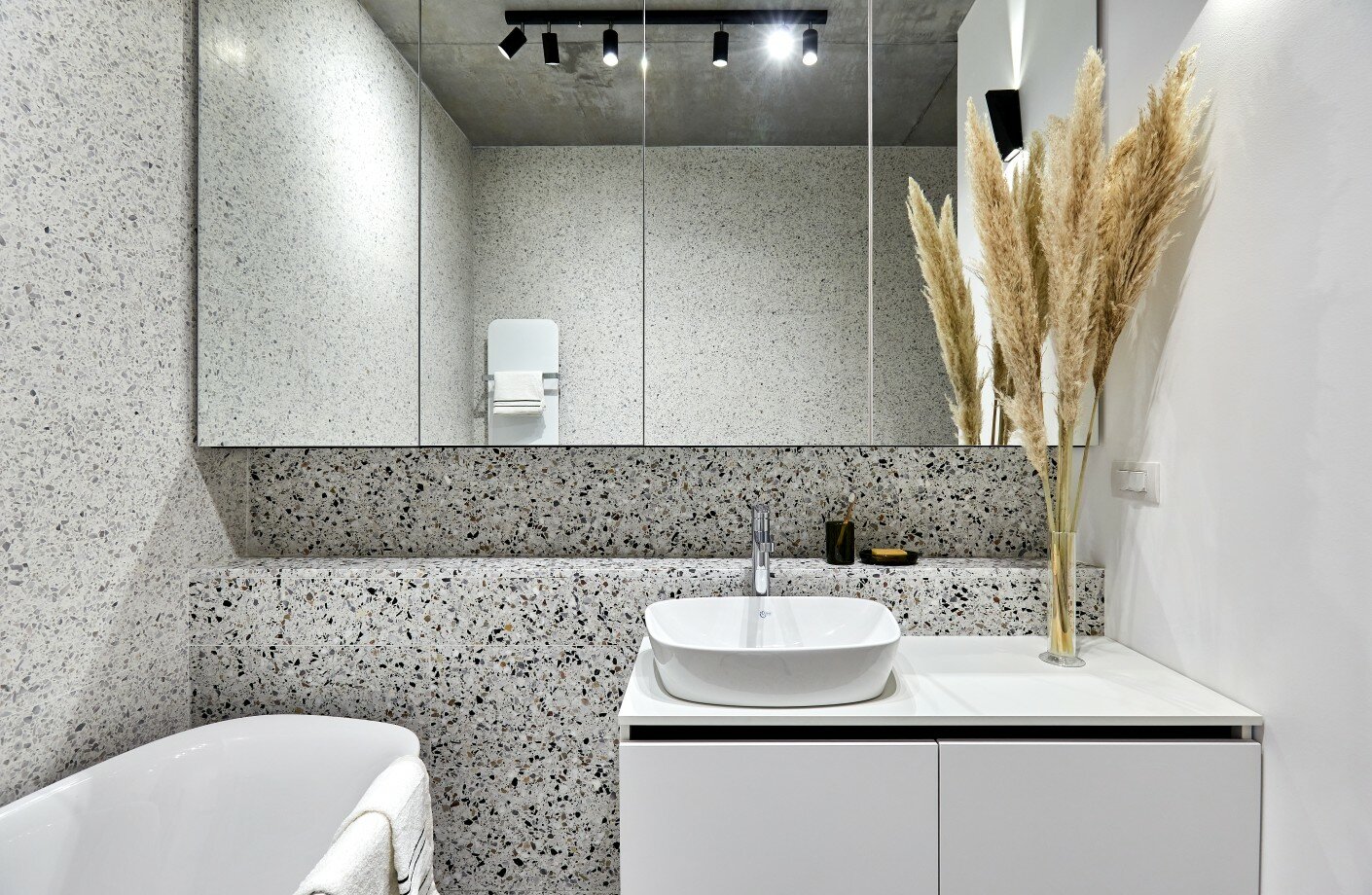 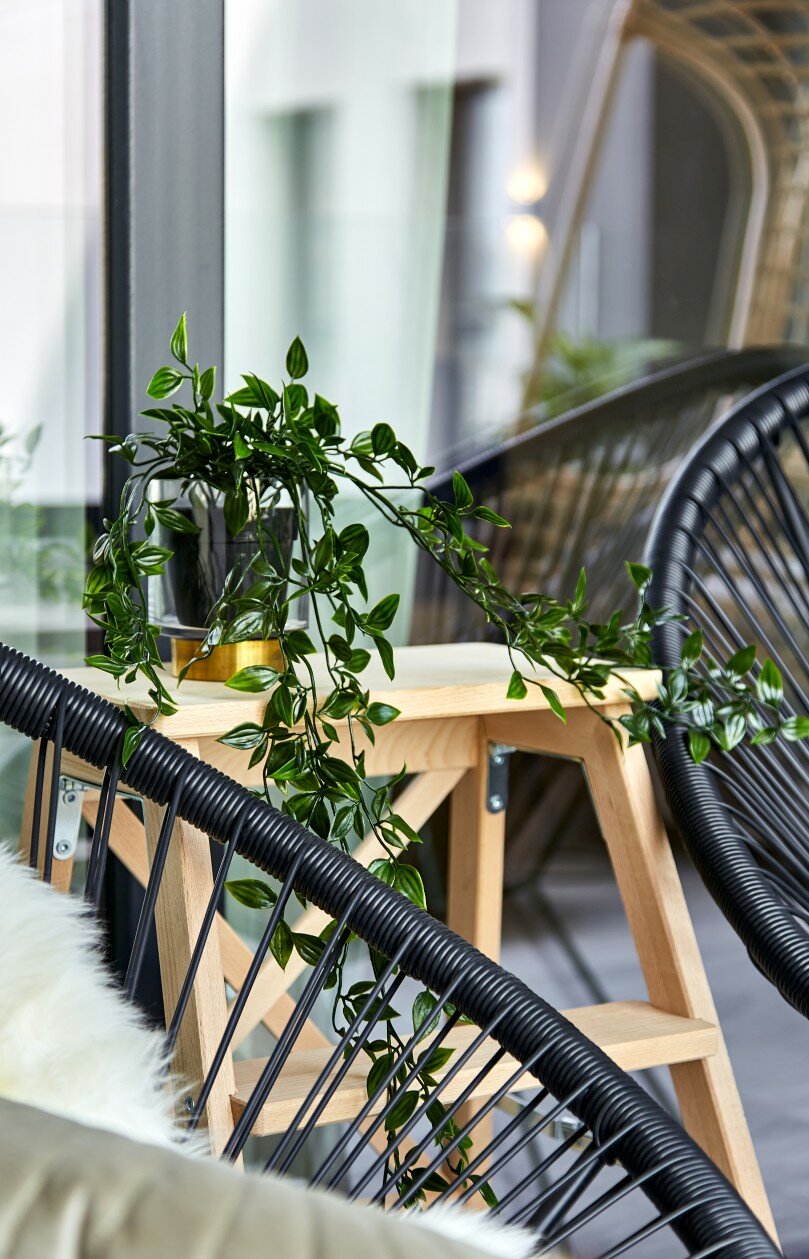 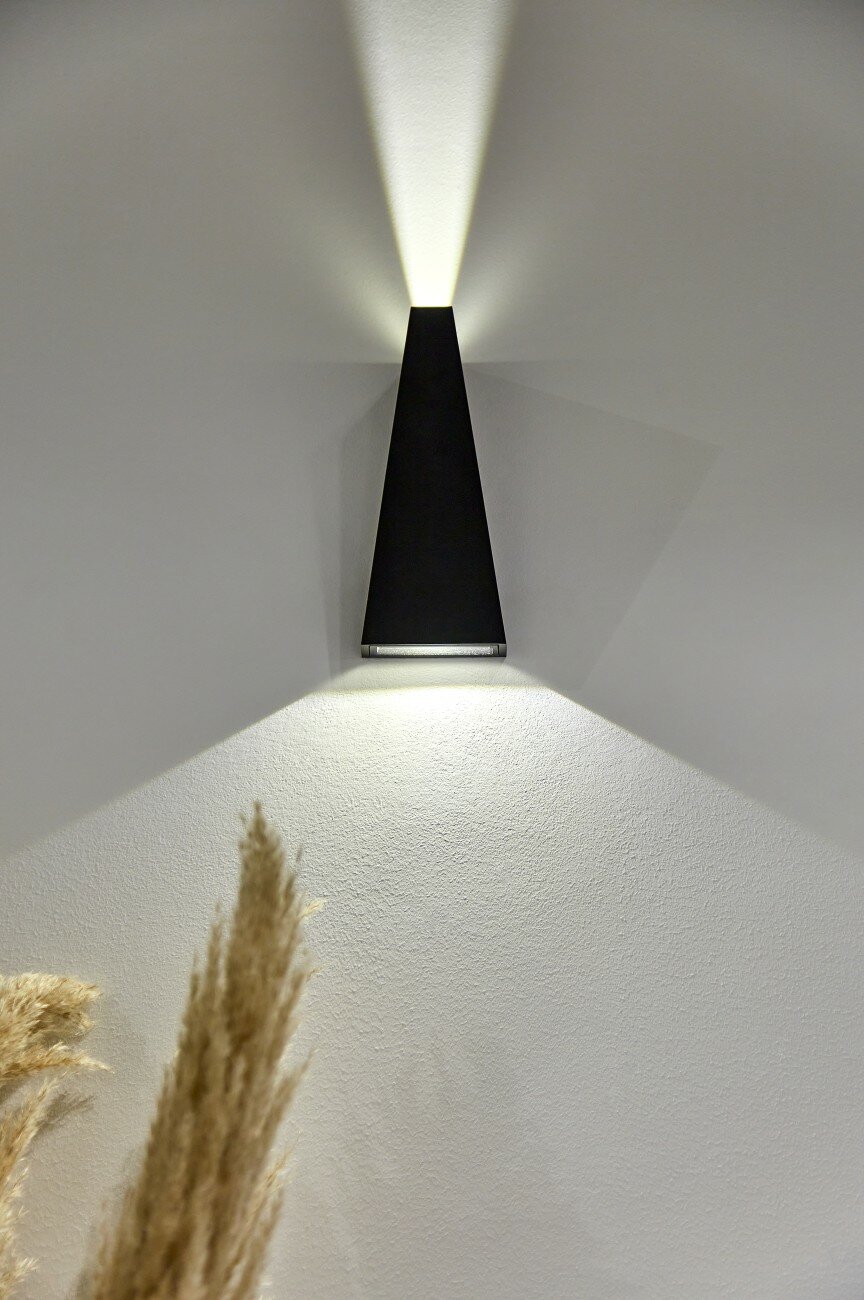 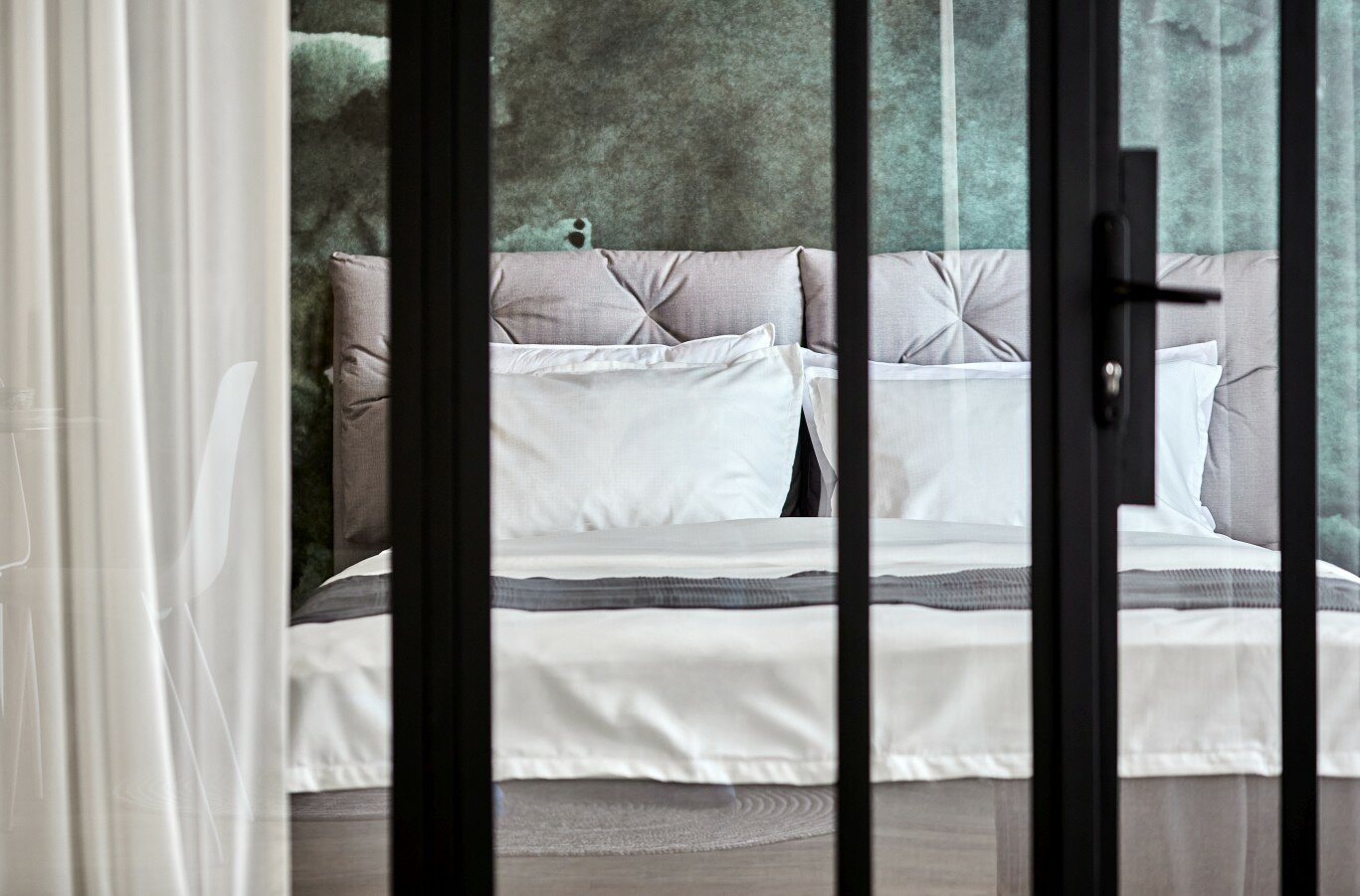