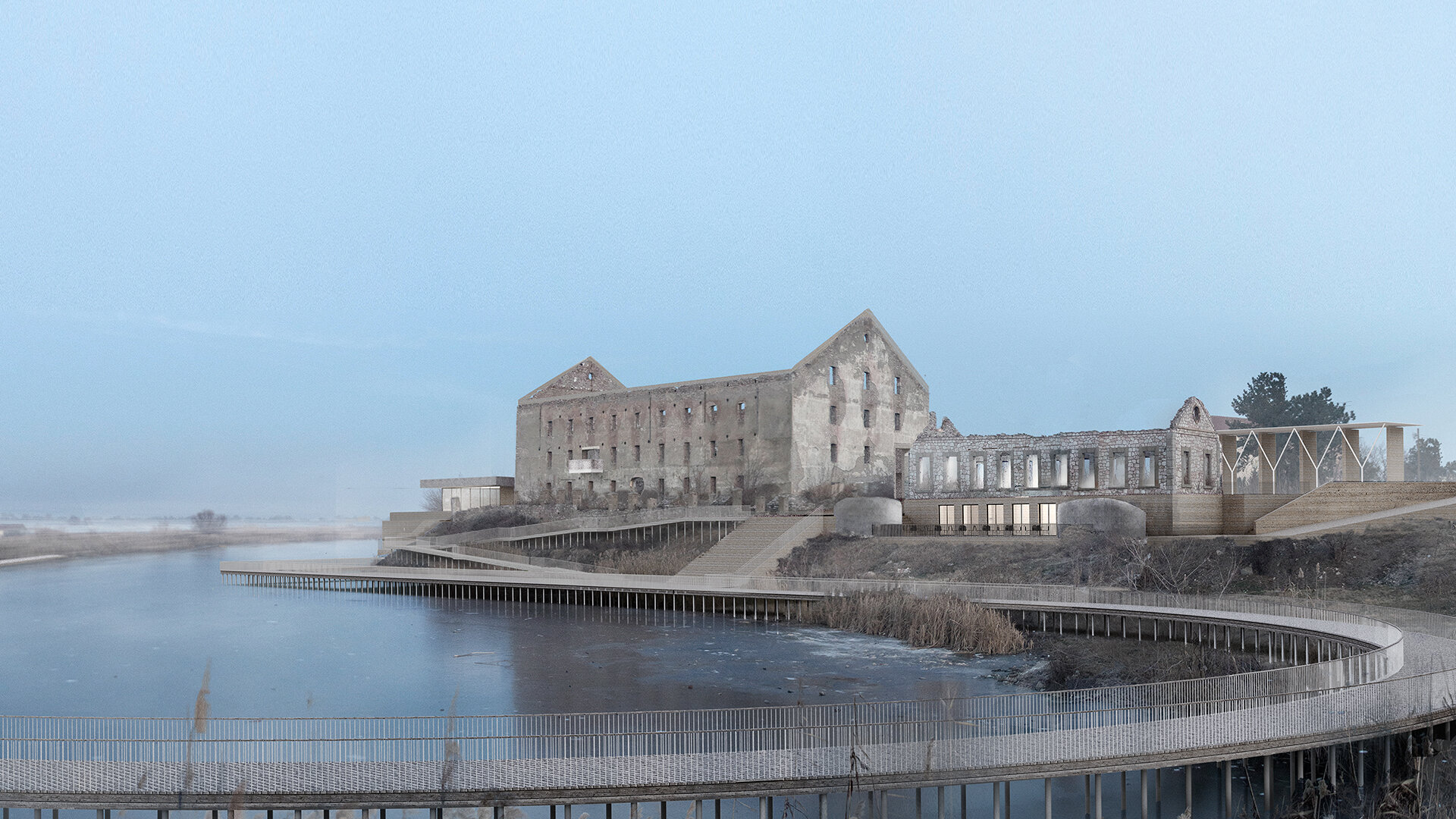 Beyond the ruin. The conversion of the former tobacco warehouse of Isaccea 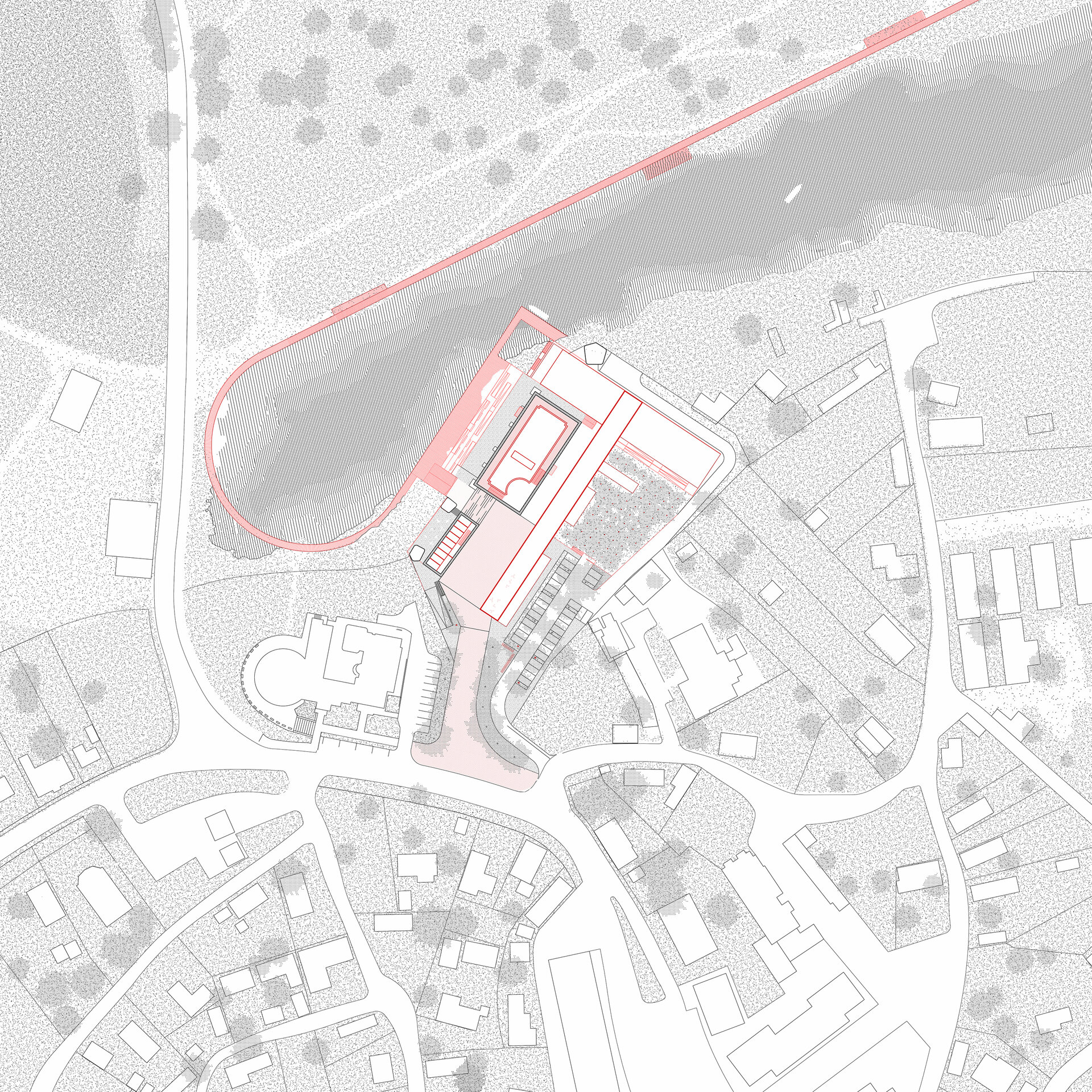 The first contact with the ruin of the former tobacco fermentation warehouse in Isaccea took place unexpectedly, as a result of a bicycle exploration of North Dobrogea. The carcass of the main building still towers over the quasi-rural silhouette of the city, being one of the oldest and most valuable examples of this architectural program left in the country. Built in 1882, it operated continuously until the late 1990s, after which it was looted and ruined by a fire in 2009. One of the main goals of the project was to reconnect the now-deserted site with the existing urban fabric surrounding it. The square, the pontoon, and the new access to the warehouse have the role of creating a new public space of Isaccea, a city where such facilities are almost non-existent. Regarding the proposed program, the warehouse and the adjoining building are planned to be converted into a multifunctional hall, respectively restaurant, both programs being determined by the functional deficiencies of the city. They are complemented by that of the tourist complex, which is connected to a newly proposed orchard, a natural element that is essential on a mostly barren site. The linear portico represents a simple gesture that aims to introduce hierarchy in a destructured context by creating a dialogue between the 2 main buildings while at the same time creating a clear delimitation between the public areas (restaurant and multifunctional hall) and the agrotourism facilities. The guesthouse itself is naturally introduced into the landscape, while the dining room and the production area are lightweight structures which dissolve in the orthogonal rhythm of the orchard.The multifunctional hall represents the new heart of the warehouse. The chosen material (wood) references the original interior structure. The hall touches the walls of the ruin only on the ground floor, while the upper floors are left completely free, thus offering the experience of intermediate spaces, at the border between interior and exterior. 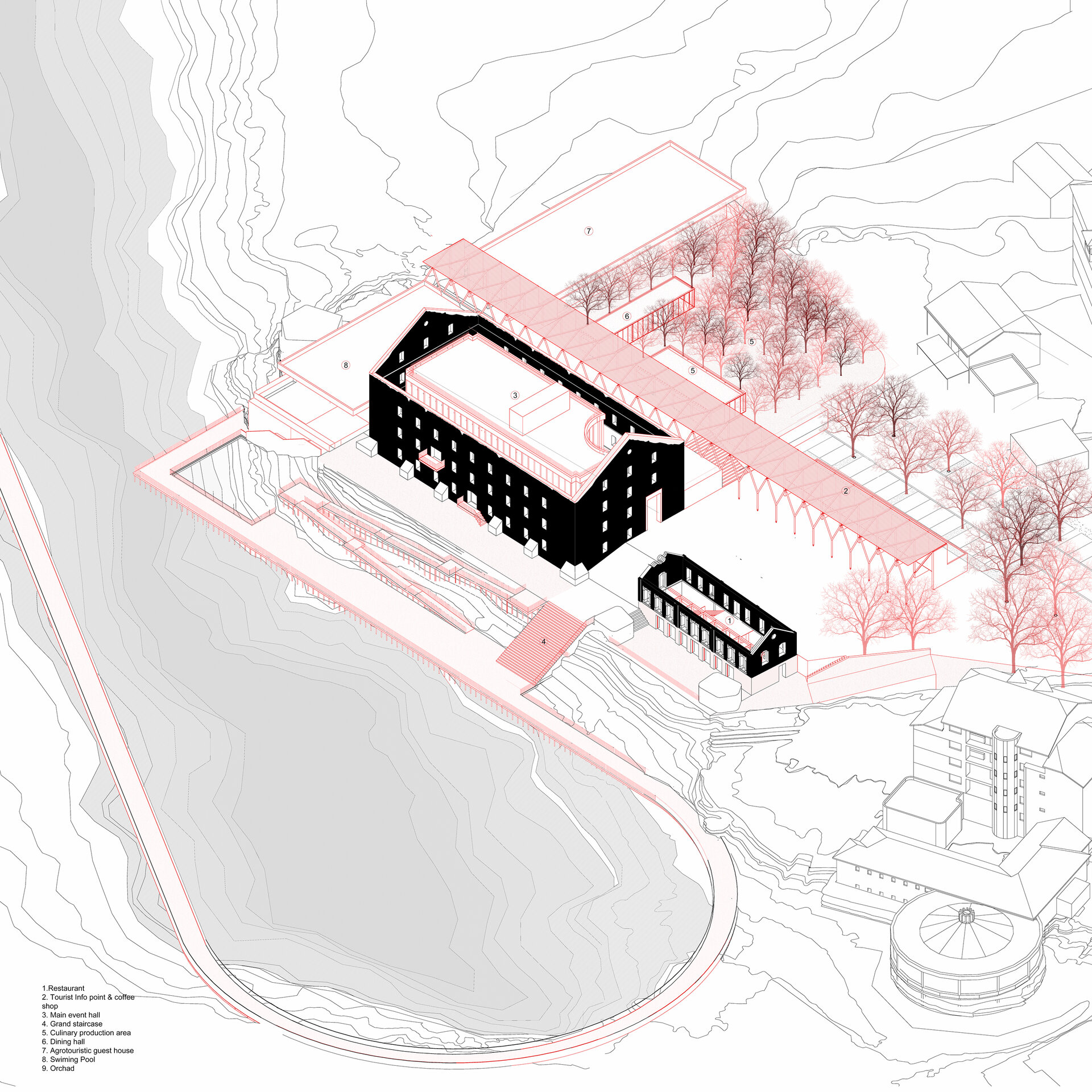 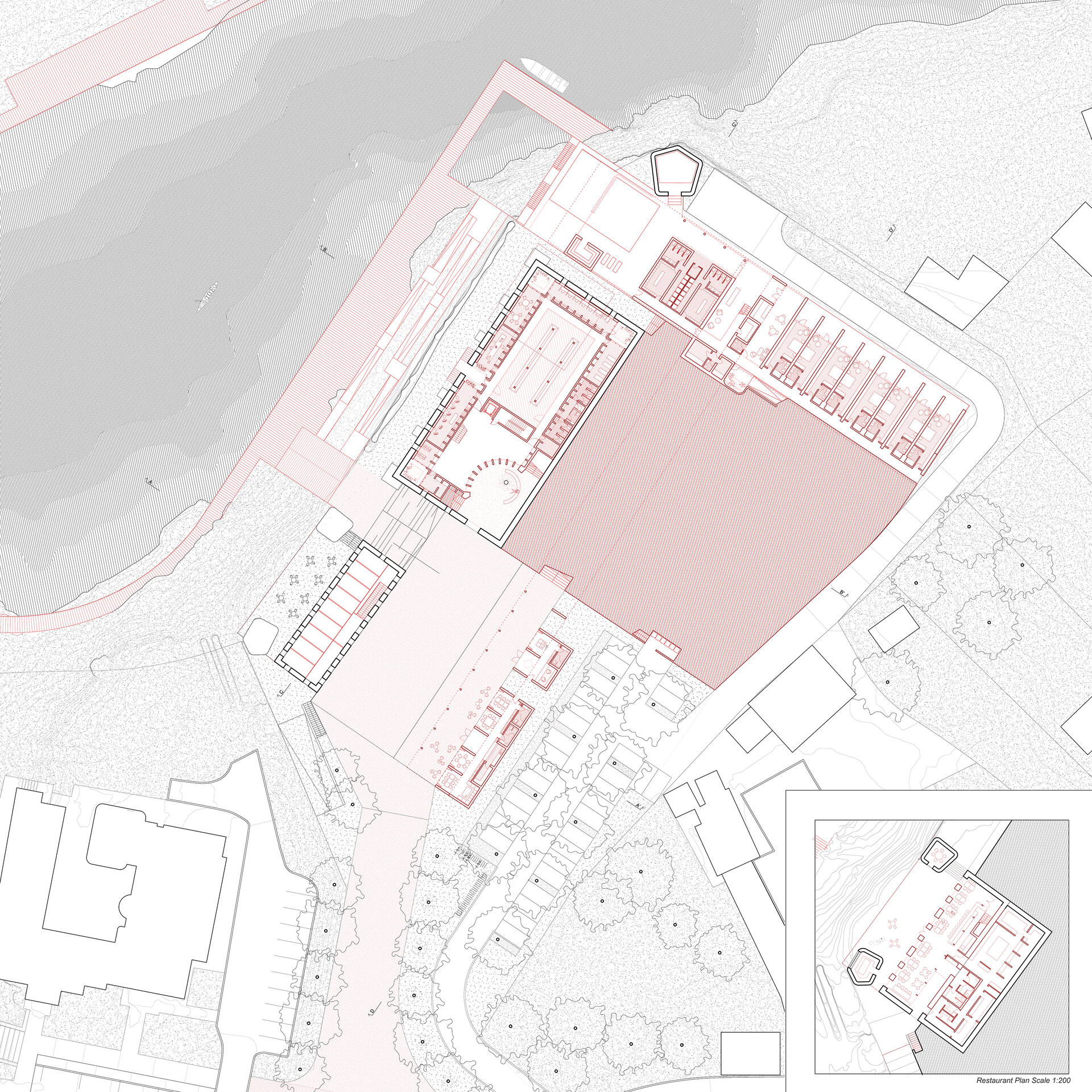 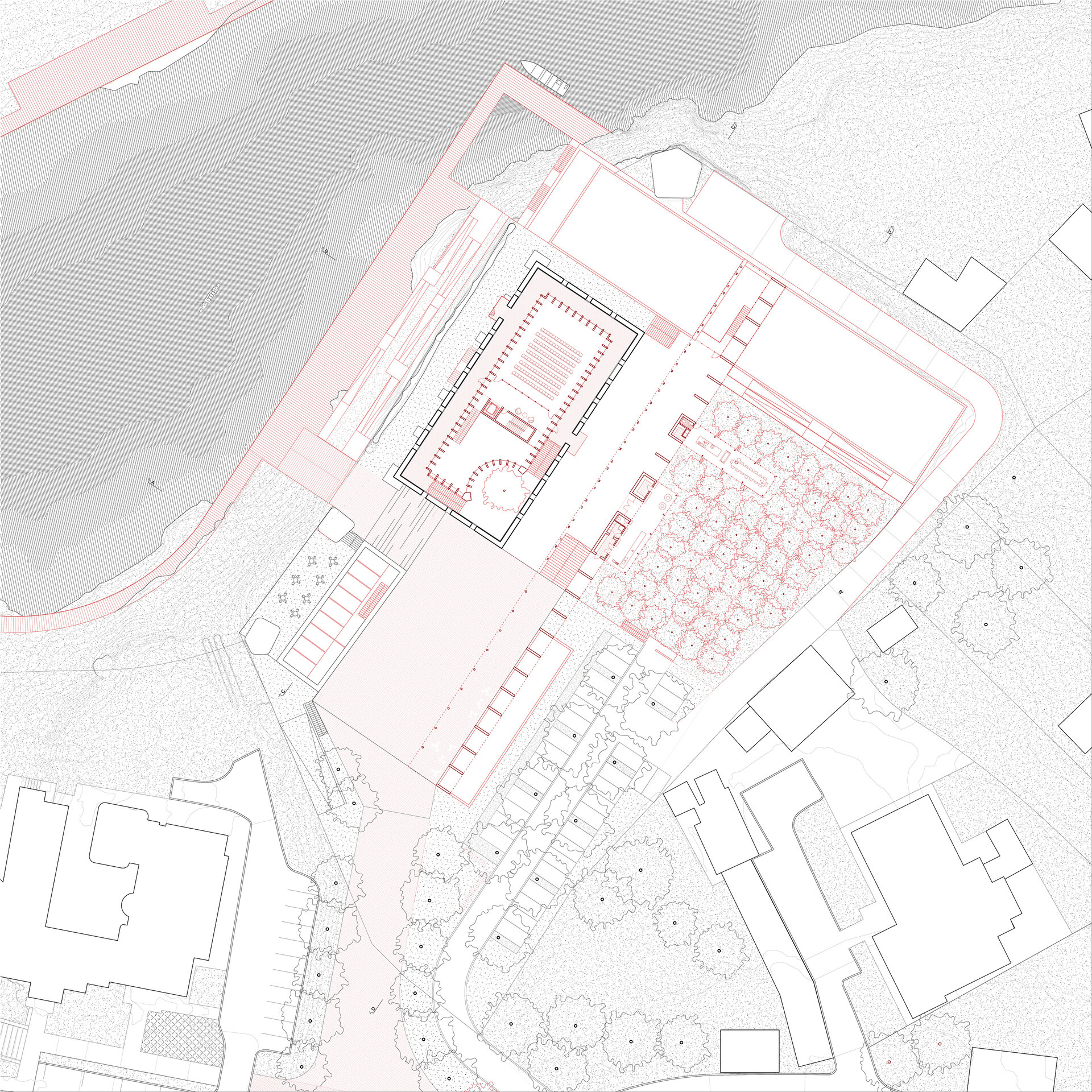 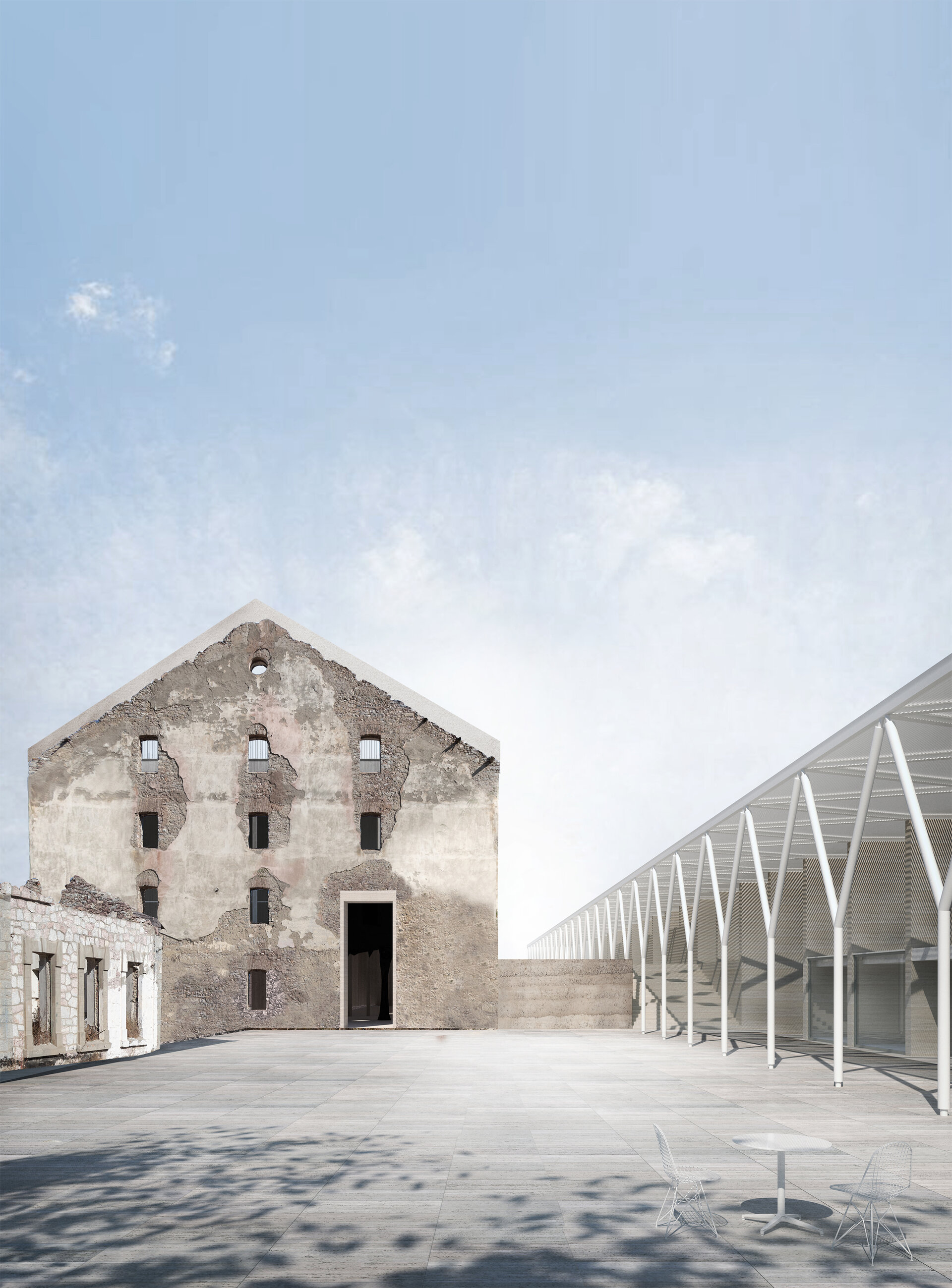 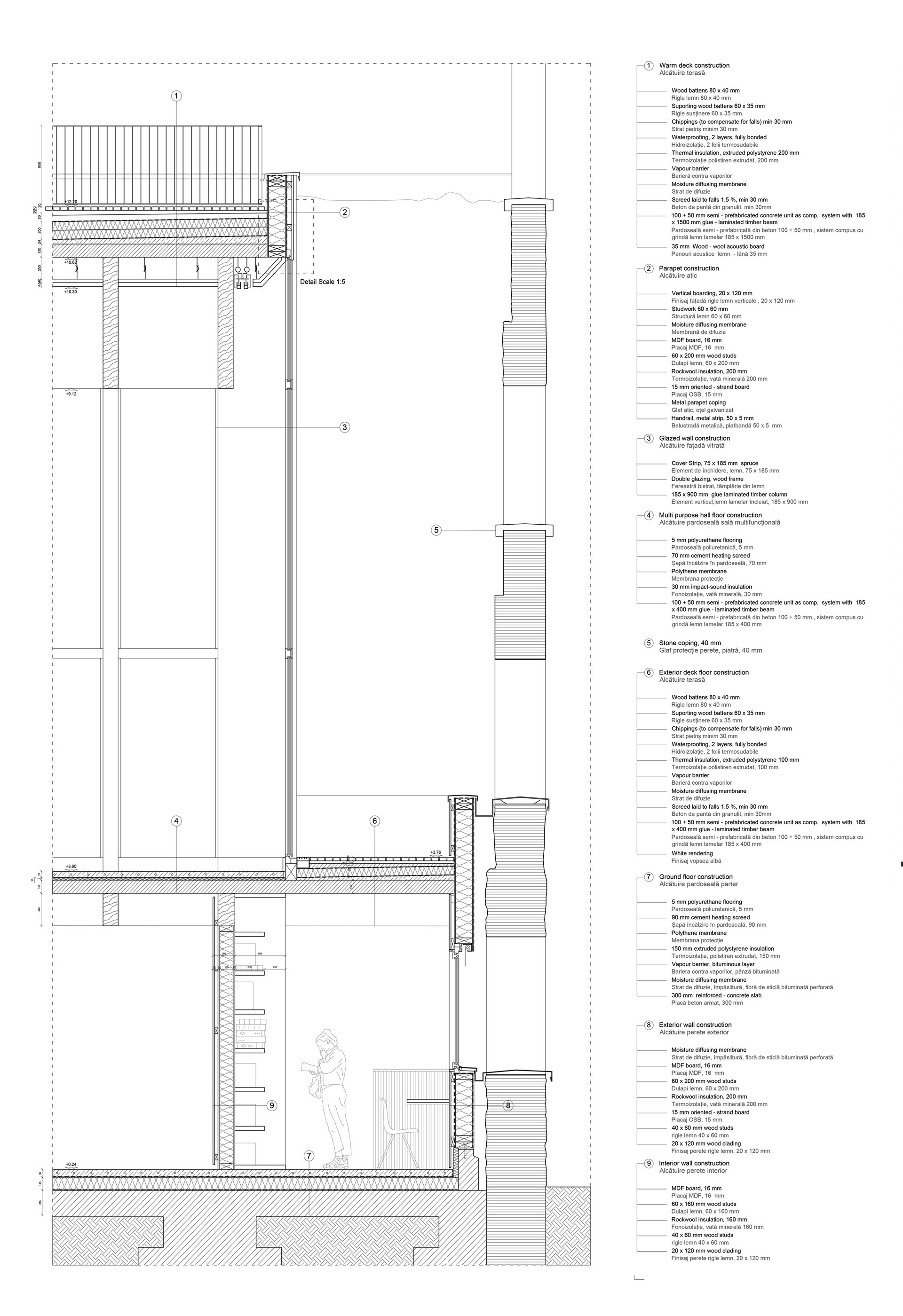